Enrollment numbers show that Medicare enrollment is up while Medicaid enrollment has decreased slightly.

Less than 45 percent of Medicaid eligible people in Hawaii are currently enrolled. The Big Island only has about a third of eligible people enrolled. Enrollment and preferred carrier varies by island, as seen in the tables below that show Medicare Advantage enrollment by island as of March 2018. 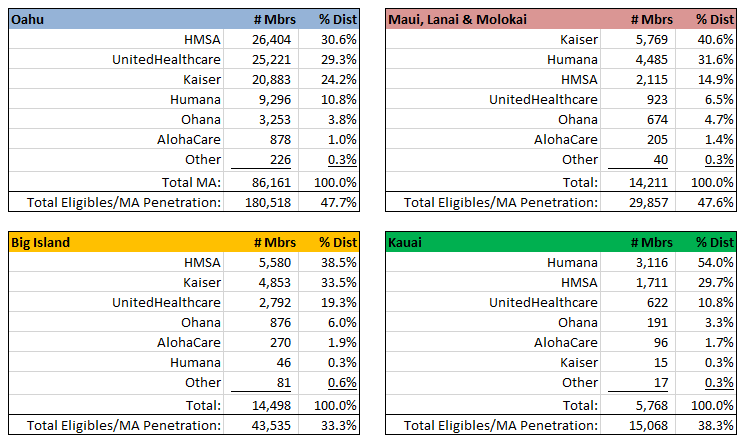