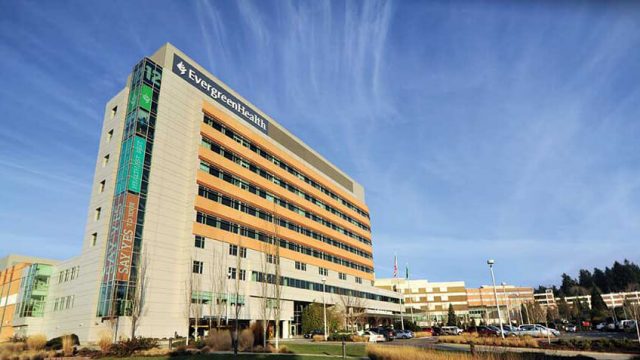 Robert “Bob” Malte announced he plans to retire from his position as Chief Executive Officer of EvergreenHealth, by the end of 2018, after nearly eight years in the role and a 42-year career in health care leadership.

“Bob has been at the helm of our system during a period of immense growth and change,” said Al DeYoung, chairman, EvergreenHealth Board of Commissioners. “We are grateful for his exceptional leadership, commitment to our organization, and dedication to advancing the health and well-being of this community, alongside our over 5,000 employees, providers and volunteers.”

In a message to staff today, Malte shared: “This was a difficult decision and one that I have been contemplating for a while. I love EvergreenHealth, my work, the people, and all that we have accomplished together. I know I will miss my work here and all of you who make EvergreenHealth such an amazing organization – both to me and to our entire community.

“Yet, I am also ready to pursue aspirations not yet fulfilled in my life, and to pay it forward. These include teaching health administration at the graduate level, volunteering in the community, and most importantly, spending more time with my wife Susi and our family, here in the Northwest where we’ve made our home.”

During his tenure as CEO, EvergreenHealth has gained both regional and national recognition as one of the top health systems for its performance and commitment to quality, safety, service, and value. For nine of the past 10 years, Healthgrades recognized the hospital among the top 5 percent in the nation for clinical excellence, and for the past two years, it was rated among the top 2 percent. EvergreenHealth was also the first in the state to receive a five-star quality rating from the Centers for Medicare and Medicaid, among many other awards and achievements.

Malte was instrumental in the formation of the Halvorson Cancer Center in partnership with the Seattle Cancer Center Alliance in 2012. He played a guiding role in helping to create the first clinically integrated physician network in the Puget Sound region, EvergreenHealth Partners. In 2017, that network evolved into a larger network – the Eastside Health Network, which has 1,300 providers serving the community within 72 specialties – operating under the umbrella of the Eastside Health Alliance in conjunction with Overlake Medical Center and Clinics.

In addition to his responsibilities as CEO, Malte has served on the Washington State Hospital Association (WSHA) Board since 2011, and is the current chair of the WSHA Board. He also serves on the President’s Advisory Committee for the Lake Washington Institute of Technology. In 2016, he served as co-chair of the American Heart Association Puget Sound Heart Walk.

The EvergreenHealth Board of Commissioners has engaged a professional recruiting firm to conduct a national search for the system’s next CEO. The search is expected to take about six months, after which Malte will step down as CEO and then serve in an advisory capacity through March of 2019 to assist with the transition.