A new study shows that every state is at risk for high premium increases in 2019 due to federal uncertainty and policy changes, which can cause healthier cause to leave the market, effectively creating a high-risk pool.

“Lower-income Americans will be largely shielded from these price hikes, but the real-world consequence for middle-class Americans who do not receive any financial assistance in the form of tax credits is that many will be priced out of having health insurance,” said Peter Lee, executive director of Covered California, which sponsored the study. 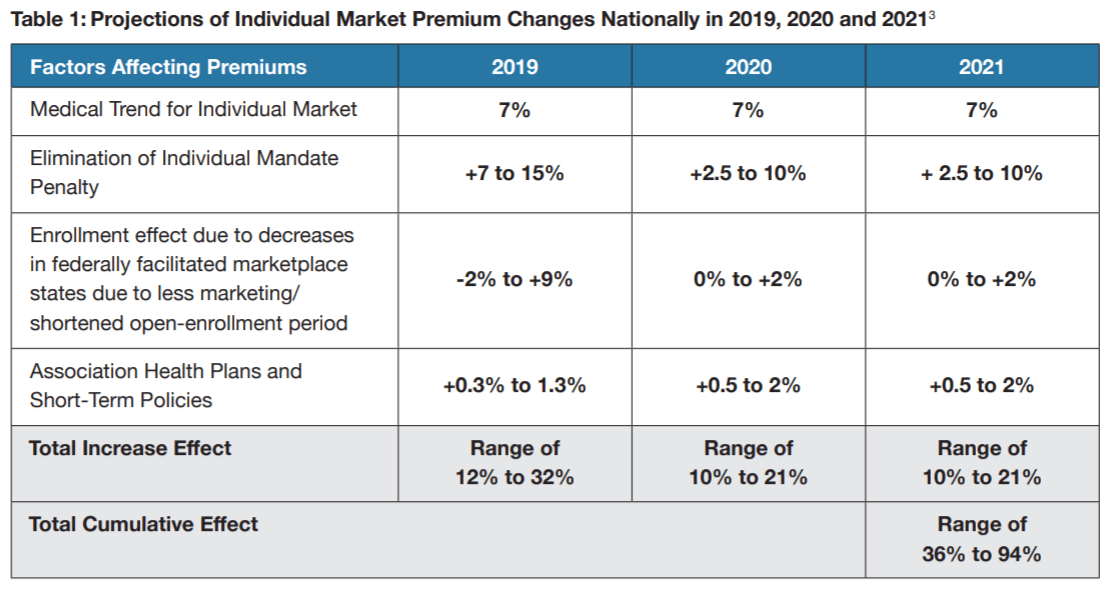 The projected premium increases vary by state and are broken into three categories:

The majority of the “Catastrophic” states are located in the South and in the Rust Belt, including Texas.

States with projected “High” increases are spread somewhat evenly across the country and include Hawaii, Arizona and Alaska.

States classified as “Significant” are generally located in the West. Washington, Oregon, California, Utah and Colorado are all included in this category.

In order to determine each state’s projected premium increase, the report analyzed the state’s 2016 risk enrollment and the trend in marketplace enrollment from 2017 to 2018.

The report proposes multiple steps to reduce the risks of the premium increase, including a nationwide reinsurance program.

“We project that a nationwide reinsurance program with annual funding of $15 billion could result in average premium reductions of 16 to 18 percent,” said Robert Cosway, consulting actuary at Milliman. “Lower premiums would affect both consumers and the amount that the federal government pays in the form of tax credits. The marginal cost of the reinsurance program would be much lower than $15 billion when you consider the reduction in the cost of the federal government’s tax credit payments.”

Other policies to promote stability include funding the cost-sharing reduction subsidies or providing additional subsides to enrollees and increased marketing and outreach investments.

Additionally, states could create new policies to keep healthier enrollees enrolled in the marketplace. For example, states could create penalties for non-coverage or create regulations on association health plans or short-term coverage. Both Washington and California have already taken action to create protections against short-term plans.