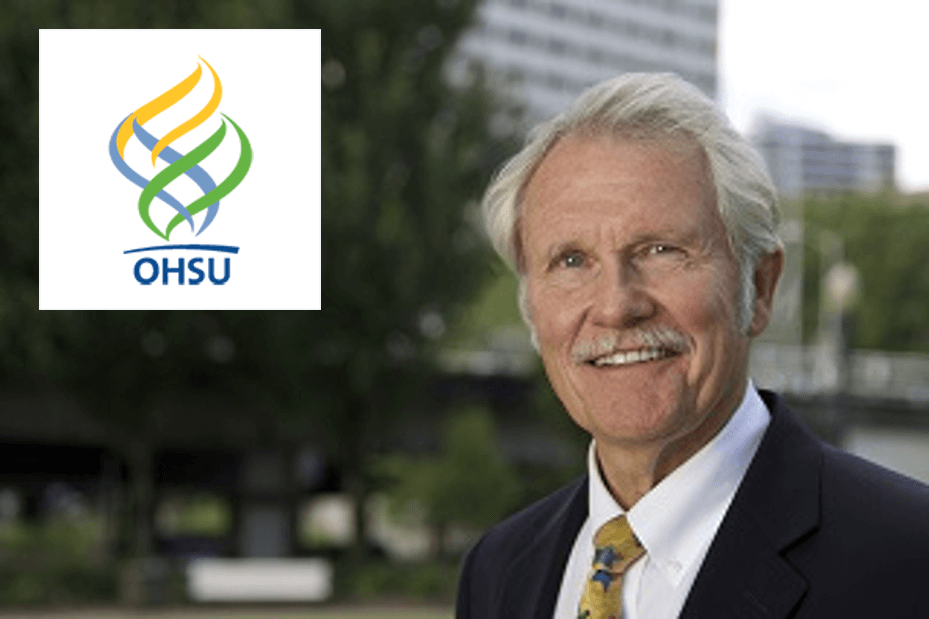 Five reasons John Kitzhaber should be OHSU’s next president

There are few positions in Oregon health care that have the potential to fundamentally reshape health care in the state, the country and the world like that of President of OHSU.

Now, to be candid, for as big as OHSU is, and as important a player in Oregon as it is, it still sometimes suffers from the same “aw shucks” humility that much of Oregon is characterized by.  Sure, Oregonians like to think they’re better than Californians, and sure, OHSU likes to think its better than most of the other health care players in the state.  But, for as big of an impact as OHSU could have on the national stage, you seldom get that level of ambition from the institution.

OHSU is humble in that way, an adjective we seldom see used next to the institution.

But, I think it’s time the institution thought about playing a larger leadership role in Oregon health care and in our national conversation as well.

If that’s the direction the board is interested in going – more deeply engaged in the Oregon community, more ambitious about its role in the national conversation – I can think of no better candidate to fill the vacant position of President of OHSU than John Kitzhaber.

1. A tremendous foundation has been built from which to extend OHSU’s influence

Often it is the case that organizations in need of a new leader are also organizations that need someone to rejuvenate, turnaround or clean up operations or finances.  So, the incoming executive would need to be more inward facing, focused on righting a perhaps listing ship.

That is not the case with OHSU.  Generally speaking, it’s house is in good order.  Fundraising and finances are good.  It appears from conversations I have that OHSU continues to enjoy a premium for reimbursement compared to other actors in the market, a status that is often awarded to providers with significant market leverage. That characteristic fits OHSU, certainly.  It’s participating in varying degrees with CCO, commercial and Medicare plans, as one would expect.

So, this is not a time at OHSU that demands an operator.  This is a time for OHSU to leverage all of the operational and financial infrastructure that has been built.  It’s time to do something more with the very good, sound investments made in the organization.

It’s time to find a visionary leader that can take OHSU out onto the statewide and national stage.  That’s, in fact, exactly what their description says they’re looking for.

The President oversees a $3 billion-dollar institutional budget and manages key partnerships and stakeholder relationships in the region as well as in the state and with the national government.

The President will have the opportunity to shape OHSU with his/her own new vision and programs, leveraging the existing strengths of an already strong university.

2.  OHSU could use closer integration into the health care community, and the Oregon community at large

If OHSU could do one thing better, I would argue it would be to more proactively engaged its local Portland area community, as well as the larger health care community in Oregon.

Because OHSU is a giant in the state, the community has often had to go to them.  OHSU hasn’t needed to be pro-active in its public engagement, and so, broadly speaking, it hasn’t.

I’m sure there are some at OHSU that would push back on this.  But, the truth is that OHSU enjoys tremendous support from Oregon.  OHSU repays it in the form of great care and innovative medicine.  But, it actually needs to do more than that.

It’s sort of like going to a Thanksgiving dinner.  The host (in this metaphor, OHSU) makes a tremendous meal full of all of the fixings.  It’s wonderful.

But, the conversation is bad.  The host doesn’t ever ask about the guests.  It doesn’t show interest in what’s happening around it.  It’s very proud of the turkey – and keeps talking about how ‘world class’ the turkey is.  And no one disagrees.

But, one has to be careful here:  by failing to engage the guests, the community that has come to celebrate with the host, the host degrades the experience and ultimately the memory of the meal itself.

OHSU needs a president that will be in the community, has credibility with health care leaders, and relationships with policy makers.

3.  The future of financing academic institutions must be different from their past

The nature of health care is changing.  It’s just getting too expensive.  And, with that cost is coming an increased demand for transparency, for quality, and for shared “skin in the game.”

In other words, the traditional fee for service model that offers higher reimbursements for more specialized care – like that found at an academic institution like OHSU – is going away.

Now, it’s not going away over night.  And, specialty institutions will be the last to leave the space.

But the pressure is clearly building to find new, sustainable business models in health care that can continue to attract high quality providers, facilities, and research.

OHSU needs a president that is adept at building, developing and collaborating on new payment methodologies that reward quality rather than market leverage. The hire needs to have both the confidence of their convictions on this topic and the wisdom of experience to be able to lead into this uncertain space.  And, the person needs to be a communicator, someone who can explain the vision for new models of care financing.

4.  The genome-specific therapies coming out of the Knight Cancer Institute will have dramatic public policy impacts

The therapies and drugs that are in the pipeline from the Knight Cancer Institute will work miracles.  They will have life changing benefits that will fundamentally reshape what we can expect from our medical community in the years ahead, expanding our expectations and growing our health aspirations.

They will also be expensive in ways our financing system is simply incapable of handling.  In December, the first genome-specific therapy was approved by the FDA.  It cures a form of blindness.  That’s the level of “miracle” we’re talking about: giving sight to the blind.

And that’s just the beginning.  More will come in the months and years ahead.

This is the future, and it will spur a massive public dialog about the appropriate prices of these therapies.  Having a well respected, national leader with credibility on the subject of costs would be a very smart, very strategic move for the organization.

The push back to the pricing and access models envisioned by these therapies will be significant. For an institution on the cutting edge of some of these therapies, the importance of planning ahead – and hiring to meet that plan – cannot be overstated.

OHSU needs a president that can navigate state and federal policy conversations with fluency, creativity and credibility.

5.  John Kitzhaber has a deep well of credibility in the health care community nationally and in Oregon

I’ve seen Gov. Kitzhaber speak before audiences in Portland, Seattle, Sacramento and Honolulu.  In two weeks, he’ll join us to speak at our State of Reform event in Texas where our Convening Panel there requested he join the agenda.

In short, Gov. Kitzhaber holds a room through the power of his ideas, policy proposals, and authentic vitality for solving the thorniest challenges in health care today.

The health care and health policy communities are very interested in what he has to say.  No where is that more the case than in Oregon.

Sure, Kitzhaber still has his detractors.  Anyone in public life does.  And, we hear about it from time to time by folks that don’t agree with Kitzhaber’s politics.

But those comments and opinions come to us from outside the health care and health policy communities.

OHSU, don’t be confused by partisan anger towards Kitzhaber.  It’s real in some cases, but it’s almost entirely absent among Oregon health care leaders – on both sides of the aisle, and both sides of the public/private divide.

No one will come to OHSU with more credibility among stakeholders than John Kitzhaber.