WSJ: Providence and Ascension in talks to merge

The Wall Street Journal has posted a story today that Providence St. Joseph is in talks to merge with Ascension in a deal of two hospital giants that would total $44.8 billion.

We’ve heard this rumor for about four months from multiple sources both in and out of Providence.  However, we’ve not posted on it for a number of reasons.  The first is that the rule is that “those that know don’t talk, and those that talk don’t know.”

That may be the case with the Journal’s reporting, which cites “people” for its reporting.

This would be a merger of two of the nation’s largest hospital providers.  Providence Health and Services had previously had 34 hospitals before its merger with St. Joseph’s Health with its 16 hospitals. 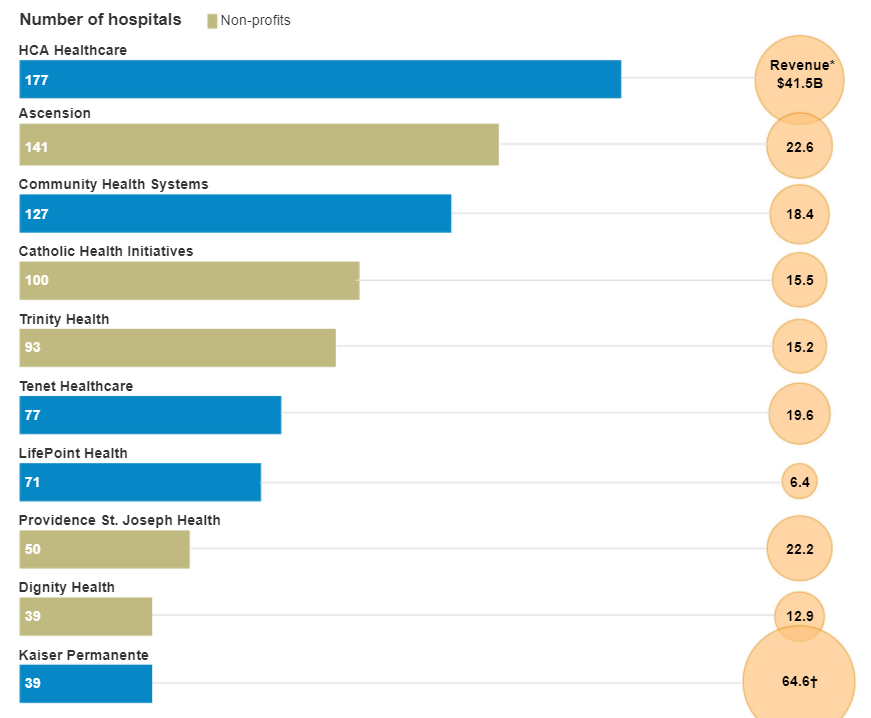 Providence spans across Washington, Oregon, California, Alaska and Montana, though it has a relationship with Hoag Health System through St. Josephs that takes the system as far east as Texas.