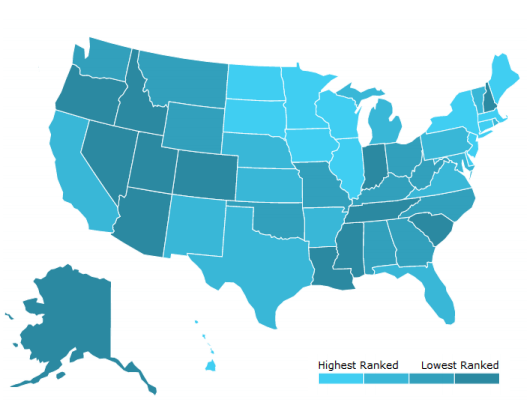 On a national level, the report shows that 18 percent of adults have a mental health condition (over 43 million Americans), and 56 percent of those American adults do not seek treatment. The report also shows that youth mental health is worsening. In the past 5 years, the number of youth with severe depression has risen from 5.9 percent to 8.2 percent. 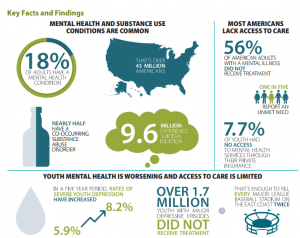 When looking at the overall mental health status ranking of each state, Massachusetts, South Dakota, and Minnesota take the top three spots, while Nevada and Mississippi rank 51 and 50. In terms of adult mental health, Hawaii (3rd), California (15th), and Texas (18th) rank in the top half, while Washington (38th), Oregon (48th), and Alaska (49th) rank near the bottom.

The states covered by State of Reform show poorer rankings when specifically evaluating youth mental health status. Alaska improves to 16th, while Hawaii (27th), Washington (35th), California (39th), Oregon (41st), and Texas (44th) all rank in the bottom half of the country.

The report also includes the state rankings of illegal substance use, thoughts of suicide, alcohol dependence, access to care, and uninsured rates.

The MHA found that some states, like Alabama, have a severe shortage of providers who can provide mental health care, and this plays a significant role in residents’ ability to seek treatment. On a brighter note, the report shows that in states with increased Medicaid expansion, youth coverage improved and they had fewer uninsured adults with mental illness.

“This country continues to be in crisis when it comes to mental illness,” says Paul Gionfriddo, president and CEO of Mental Health America, “We must continue to improve access to care and treatments, and we need to put a premium on early identification and early intervention for everyone with mental health concerns. We must address these mental health concerns before crisis and tragedy strikes.”

The entire report, including a breakdown of some of the individual factors that affect each state’s ranking, can be found here.