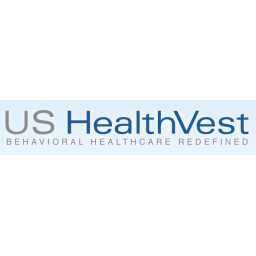 The Washington State Department of Health has upheld the “certificate of need” it awarded to US HealthVest to build a new mental health hospital in Lacey. The new hospital, located in Lacey’s Woodland District, will be a 75-bed treatment center specializing in behavioral health services, psychiatric needs, and detox treatments.

US HealthVest originally received the certificate of need in July 2016, but the decision was quickly appealed by competitors Providence Health Services and Fairfax Behavioral Health. Providence has several care centers in Lacey including Providence St. Peter Hospital which also applied for a certificate of need with Fairfax to build its own 85-bed mental health hospital in Thurston County. In April 2017, the state rejected Providence and Fairfax’s application due to problems with the financial feasibility, structure and process of care, and cost containment of the proposed project.

As of this month, the Department of Health has upheld its approval of US HealthVest’s hospital and Providence and Fairfax have exhausted the state’s appeals process. In a comment to The Olympian, David Johnson, a spokesman for the health department said,

“If Providence and Fairfax, who have repeatedly appealed the state’s decision to award the certificate of need to US HealthVest, want to take any further action against the state, they will have to do so in Thurston County Superior Court.”

In response to the Department of Health’s continued approval of their certificate of need, Richard Kresch, MD, President and CEO of US HealthVest says,

“We are pleased with the Review Officer’s ruling. We were granted the Certificate of Need in July 2016; however, implementation has been delayed by 17 months due to Providence’s opposition. We look forward to finally opening this new psychiatric hospital that will address the critical shortage of psychiatric services in the area.”

In a press release, US HealthVest says Providence has until today to decide if they will continue to appeal US HealthVest’s Certificate of Need.