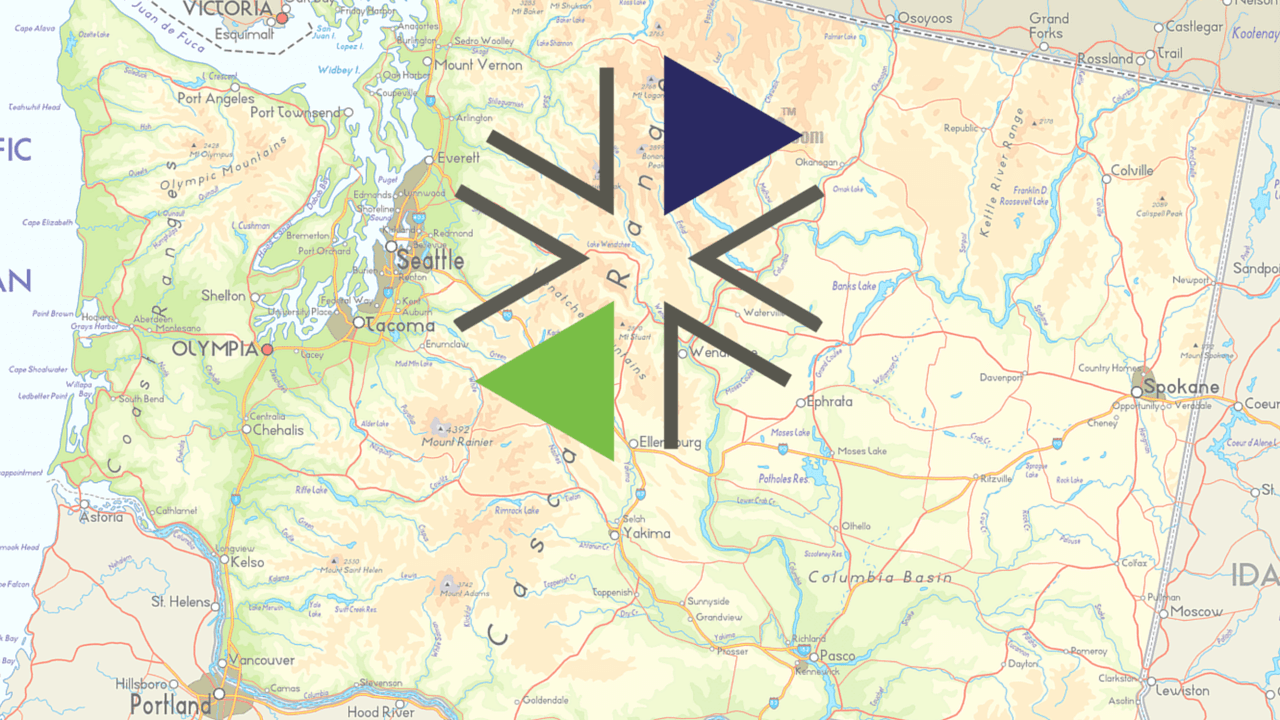 Reading it offers a narrow window into the financial position of the Exchange.  It also shows how hard it must be to be a legislator trying to understand the operational and financial performance of the Exchange, and whether their general fund-state allocation to the agency is money well spent. For as much data as there is in the 34-page document, it’s thin on analysis about the efficacy of agency expenditures as they tie to policy goals and objective.

Now, I can already hear some board members say “It’s not the legislature’s job to assess operational or financial effectiveness.”  Or, “That’s not what’s required in the statute.”  I understand that perspective, and I don’t disagree.  That doesn’t mitigate the frustration that some legislators have expressed over recent years about the ability to understand agency operations.

Nevertheless, I found four key takeaways from reviewing the document which, though drawn from the quantitative data provided in the report, were observations more qualitative in nature.  These are not earth shaking revelations, but just a few takeaways from spending time with the report.

Pam MacEwan and Carole Holland are doing a good job

It’s nice to not have to worry about a political melt down over the performance, transparency, and operations of the Exchange.  Things are going relatively smoothly at the HBE, and the CEO and CFO deserve significant credit for the performance.  That represents a significant turn around from the start up days at the agency.

I’ll point to two data points that can give even the most cantankerous observer pause.

First, staffing is down considerably after since July 2015.  Overall, combining both employed FTEs and contractors, agency staffing is down 47%.  That’s a trend you’d expect moving from the “build” phase of the agency to the “maintenance” of the agency.  However, in public sector agencies, even “quasi-public” like the HBE, such significant cuts to employment can’t be taken for granted.

The second key topline data point is that expenditures are managed to be under budget. On budgeted expenditures of $54m, the HBE managed expenditures to come in at 2.8% under budget for state fiscal year 2017.  Now, this may have been in response to lower projected enrollment that may have undermined revenue.  But, the agile response required to make the adjustment in mid-year are worth noting and heralding. 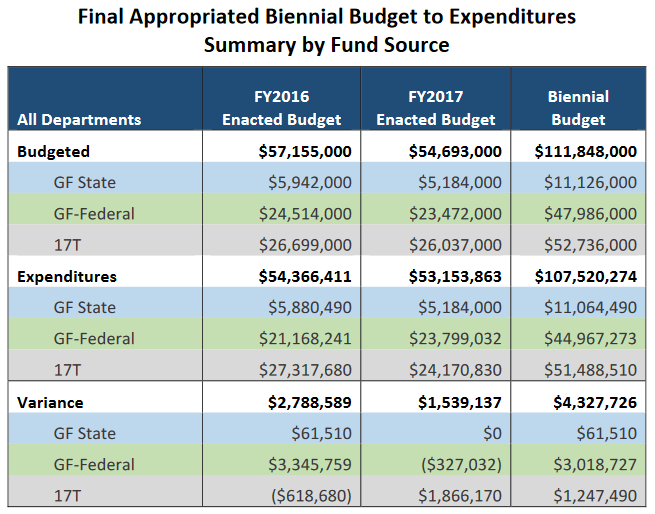 As is noted in the report, this sort of financial data reporting is a function of a new financial reporting system brought in and made operational in October, 2016.

These topline data points, reinforced by the investment in new reporting functionality, reflect well on the HBE’s operational and financial leadership.

That said, things aren’t getting easier financially – they are getting harder

Even though the HBE has been turned around under MacEwan and Holland’s leadership, the agency faces some revenue uncertainty moving forward.

Federal dollars are no longer available to support the agency.  And, while that has been known for some time, it makes the agency more reliant on state-based funds.

Generally speaking, those funds come from the state general fund and from collections of premium tax from products sold via the exchange.  Carrier assessments are also included in these revenues, as are Medicaid payments which are provided every two weeks as cost reimbursement to the HBE.

That’s a trend we might expect to continue.  Uncertainty at the federal level may cause confusion among consumers about whether they remain eligible for benefits.  That uncertainty will have upward pricing pressure, as well, particularly if CSRs are not funded.  As prices move up over time, we might expect some number of fewer consumers will purchase plans.  Finally, as the state generally continues it’s economic growth – the geographic disparity of that growth between urban and rural areas notwithstanding – it’s likely to move more consumers off of the individual market and on to group benefits.

All of this means the HBE may become even more dependent on state funds not otherwise associated with the premium tax or carrier assessment.

No public agency wants to come asking the legislature for more money, particularly if it comes as a surprise, but that may be in the HBE’s future, depending on enrollment.

I know it’s always hard to bring an outside eye to job salaries.  And, it’s particularly hard to have your personal information out there for public review, like your salary.

So, this is not a comment on personal performance or qualifications of staff.

But, if budgets are political documents, reflective of the priorities of an organization, it seems like this variation in compensation is perhaps a misalignment of where our collective priorities should be in today’s world.

Ask Premera, which suffered a major data breach and loss of information integrity.  Or, the Secretary of State, whose office was the target of an attempted hack by Russia.

Now, in defense of the HBE, the Chief Information Officer is close to the CMO in compensation.  Notably, the COO is also close in compensation.  But the CMO is third in executive compensation overall, after the CEO and CFO.  I think the HBE would be hard pressed to argue senior marketing talent is more important than senior IT talent, particularly when the former is much easier to find in today’s market than the latter.

The contract to GMMB for “marketing and outreach” has increased 2.5x – apparently without a re-bid

I know marketing is important.  In California, Peter Lee is a strong advocate for increasing marketing dollars.  He says they get a 3-to-1 return on marketing spend there.

So, I get the value of marketing to drive enrollment.

I cannot find any announcement of a re-bid for marketing services since that 2013 procurement.

I can understand maybe a technology firm like Deloitte could have proprietary solution that would obviate the need for a re-bid.  But, I’m not sure a marketing firm is so critical that public dollars wouldn’t be better served through a re-bid.  This seems like a best practice to implement before the marketing contract is next amended.