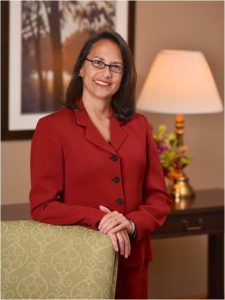 Coyle has led the Maryland Hospital Association since 2008.  During her tenure, she has played a leading role in reframing the hospital payment system in Maryland, moving to a value-based methodology.  As a result, Maryland is considered to be a national leader in health care policy and innovation.

Prior to joining MHA, Coyle spent 20 years in various roles with the American Hospital Association (AHA), including 11 years as the Senior Vice President of Policy, where she served as a national media spokesperson and led AHA’s policy development and strategy planning activities. Earlier in her career, Coyle worked for the Congressional Budget Office in Washington, D.C.

“CHA and CAHHS are fortunate to have identified a person who has the national stature, state hospital association leadership experience and years of policy, political and practical expertise as Carmela Coyle,” said CHA Board of Trustees Chair Ann Madden Rice, CEO of the UC Davis Medical Center in Sacramento. “Carmela is well-positioned to lead California’s hospitals into the future.”

Coyle earned a bachelor’s degree in economics and Spanish literature at Carleton College in Minnesota.  She has completed additional educational course work at the University of Michigan’s Pew Health Policy Program and Yale University.

She currently serves as a member of the AHA Board of Trustees, the Maryland Healthcare Education Institute, the Maryland Patient Safety Center, the Living Legacy Foundation and the Caring Bridge Consumer Advisory Council.

Coyle is the recipient of numerous professional awards and honors, including having been named Influential Marylander in 2010 and 2016, and as the Maryland Association of Health Care Executives Most Valuable Partner in 2013.

Dauner, who has led CHA and CAHHS for the past 32 years, called Coyle’s selection a “wonderful choice” for California.

“Carmela Coyle is a friend, colleague, outstanding leader and innovative visionary,” Dauner said.  “CHA and CAHHS will be in good hands with Carmela Coyle at the helm.”

Coyle will be relocating to Sacramento with her husband Steve and son Jack.  Their daughter Molly is a student at College of Charleston in South Carolina. Coyle is expected to begin her new role by October 30, 2017.

To ensure continuity in leadership and executive management at CHA, Dauner will continue to serve the organization as a consultant until December 31, 2018.

As one of the largest health care trade associations in the nation, CHA represents more than 400 hospitals and health systems in California.  The association advocates for patients and hospitals, promotes public health policy and is hospitals’ voice at the state and federal levels. CHA has offices in Sacramento and Washington, D.C.