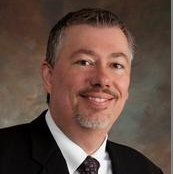 Gov. Jay Inslee today announced that Lou McDermott will serve as interim director of the Washington State Health Care Authority. He replaces Dorothy Frost Teeter, who announced her departure from the agency in May after leading it for four years.

“Lou has a strong record of service and results within state government. His experience will make him a great asset to HCA in this time of change,” Inslee said. “I am grateful to Dorothy for her leadership during a tumultuous time in health care.”

McDermott has been director of the HCA’s Public Employees Benefits (PEB) Division since 2012. He is responsible for the public employee insurance benefit programs that cover 370,000 public employees and retirees. McDermott also leads the state’s ambitious and innovative plan to enhance Washington’s approach to worksite wellness and focus on health care payment reform.

McDermott has held several management positions within health care since joining state service in 1992. In addition to five years leading the PEB Division, he has a decade of experience in the Medicaid program, including leading the Medicaid office of rates development. McDermott has served as a finance administrator at the Washington State Department of Corrections, where he helped ensure that people incarcerated in state prisons received necessary physical and mental health care in an efficient and cost-effective manner. He also has worked in child support enforcement.

A longtime Olympia resident, McDermott serves on the board of The Olympia Free Clinic. He earned his bachelor’s degree in business economics from Central Washington University.

McDermott’s appointment is effective July 1. A national search is being held for a permanent HCA director.