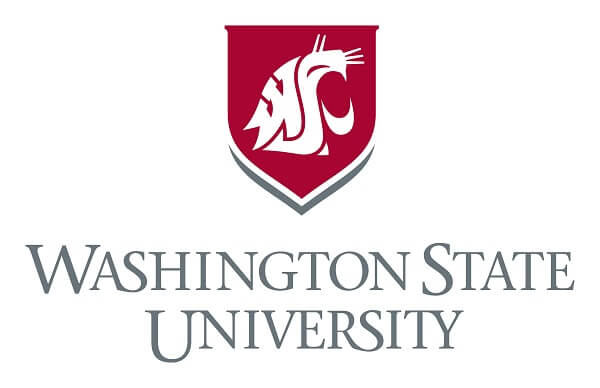 Lisa Brown—who for the past four-and-a-half years has guided the rapid development of Washington State University’s health sciences enterprise in Spokane—today announced she will step down from her position as chancellor of the Spokane campus. Brown will leave the university in August.

Daryll DeWald, the current dean of the WSU College of Arts and Sciences, will succeed Brown as chancellor. An accomplished life sciences researcher with more than a decade of experience in higher education administration, DeWald will begin his new duties on September 1.

“Lisa Brown has made a profound impact on Washington State University,” said university President Kirk Schulz. “Her unflagging efforts to advance the vision of a second public medical school in our state mean that all Washingtonians can look forward to a brighter health care future. I’m deeply grateful to Lisa and to all of the individuals statewide who have partnered to bring our fledging medical school to the cusp of admitting its inaugural class of students in August.”

Brown played a key role in bringing the dream of a medical school in Spokane to fruition.

While still a member of the state legislature, where she served for 20 years, Brown ensured WSU Spokane received critical operating and capital funding to support the community’s vision of transforming health sciences education and research in Spokane. She was instrumental in securing funding for two buildings on the Spokane campus—the Nursing Building, which opened in 2009, and the Pharmaceutical and Biomedical Sciences Building, which opened in 2013, her first year as chancellor. The latter allowed the university to relocate the College of Pharmacy from Pullman to Spokane.

She also worked closely with the late WSU President Elson S. Floyd to initiate a formal study that eventually led the state legislature to authorize creation of a second public medical school and to the formation of the WSU College of Medical Sciences. The new college was renamed the Elson S. Floyd College of Medicine in September 2015 to honor Floyd’s efforts to establish the college.

“Having started college at a land-grant university myself, I was familiar with the life-changing impact a research university such as WSU can have on a community and I am proud to have been a part of that legacy,” Brown said. “Knowing that I leave behind incredibly talented students, staff and faculty who helped create the many successes that I will always be proud of makes it easier to leave a role that has been personally and professionally rewarding.”

Brown also recognized the need for more medical residencies in Spokane. She helped initiate a community partnership that resulted in the Spokane Teaching Health Clinic on campus and brought critically needed medical residents to eastern Washington. The primary health care clinic opened last August. It serves as a training site for physicians and provides interdisciplinary opportunities for the region’s health sciences students.

Brown sought to boost Spokane’s economy through WSU-led research, a focus that resulted in a doubling of externally funded research expenditures during her tenure. An economist and a member of several boards focused on economic development, Brown has served as a statewide link between the university and health sciences researchers interested in commercialization.

DeWald is an experienced academic leader and professor with a strong research publication record in cell biology and biochemistry. As dean, he has overseen the teaching, research and outreach activities of the university’s largest academic unit, which spans all five of WSU’s statewide campuses and the online Global Campus. With annual research expenditures of more than $30 million across two dozen disciplines, the college is also one of the largest research enterprises at WSU.

“Daryll has done an outstanding job of leading the College of Arts and Sciences across the WSU system,” Schulz said. “His management skills, expertise in the life sciences, and dedicated outreach efforts to students underrepresented in the sciences are qualities that make him the ideal choice to lead the next chapter in our initiative to expand access to health care across the state.”

DeWald joined WSU in early 2011 as dean of the former College of Sciences and was tapped the next year by then-President Floyd to lead a merger with the former College of Liberal Arts to form the new College of Arts and Sciences. Under DeWald’s leadership, in addition to growing disciplinary excellence, the college launched a number of programs to support students across the university, including the Mathematics Learning Center, the Pre-Law Student Center and the Health Professions Student Center.

“I am honored to be joining WSU Spokane and the Spokane community, and to have the opportunity to continue Chancellor Brown’s excellent work,” DeWald said. “I look forward to collaborating with colleagues across the University District and the WSU system to build health sciences programs that serve students and contribute to the well being of our society.”

DeWald is an elected fellow of the American Association for the Advancement of Science and has managed research grants from several federal agencies and private organizations. His research focuses on synthetic biology, plant cell signaling and mammalian cell signaling. More specifically, his work has explored the role of lipids that control cellular communication during plant stress, the regulation of cellular protein trafficking and how lipids regulate cancer cell metastasis.

He received his bachelor’s degree from the University of Wyoming and his doctoral degree in biochemistry from Texas A&M University.

DeWald will be introduced to the Spokane community at a reception June 6 on the WSU Spokane campus.