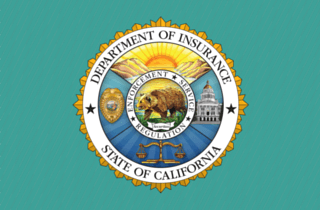 The American Medical Association (AMA) and the Medical Society of the District of Columbia, in their appellate court brief, relied upon Insurance Commissioner Dave Jones’ findings regarding the anti-competitive nature of the proposed Anthem Cigna merger. The amicus brief was filed last Friday in the U.S. Court of Appeals for the District of Columbia where Anthem is appealing to reverse the federal district court order blocking its merger with Cigna.

“This merger should not be reconsidered,” said Insurance Commissioner Dave Jones. “Allowing two of the largest health insurers in the country to merge will increase the price of health insurance and decrease choice and the quality of health care for consumers and businesses. I continue to urge the federal courts to block the merger. Bigger is not better for California’s consumers or the health insurance market.”

Last year Commissioner Jones held an extensive public hearing where members of the public, Anthem and Cigna executives, consumer advocates, medical professionals, and anti-trust experts provided testimony regarding potential impacts of the proposed Anthem Cigna merger. After reviewing all the evidence, Jones concluded the Anthem Cigna merger was bad for consumers and businesses, and bad for health insurance and health care markets. Jones issued detailed findings of fact and law and urged the U.S. Department of Justice to block the merger because it is anti-competitive and would harm California consumers, businesses, and the California health insurance market. The Department of Justice sued to block the merger and the federal district court issued an order blocking the merger consistent with Jones’ findings.

The Anthem and Cigna merger transaction, estimated to be worth more than $50 billion, would make Anthem the nation’s largest health insurer, and result in increased concentration in an already consolidated health insurance market. Commissioner Jones found that if the merger moves forward, Anthem’s market share would exceed 50 percent in 28 California counties and  40 percent in 38 counties, which will negatively impact California consumers with likely reductions in access, quality of care, and affordability of health insurance.