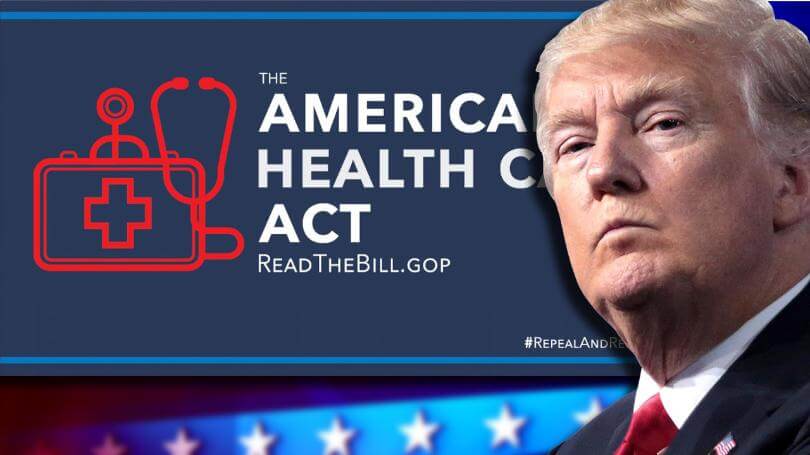 Opinion: What some Republicans don’t understand about health care policy

There are three paths Republicans in Congress can take after the AHCA didn’t even make it to a vote on the House floor:

There’s a critical factor in considering all these options: too many Republicans don’t have a firm grasp of the ACA and related health care policy. That’s not a statement I make lightly after years working in both the health care industry as well as for Republican elected officials.

To be fair, many Democrats don’t have a good grasp of health care policy either, which is why the ACA included provisions like the SHOP, which is a total bust, and why the ACA has achieved only one of its two primary goals: expanding access to coverage. The law’s goal of controlling rising health care costs has not been achieved.

But, Democrats aren’t in charge in Washington, DC now. Republicans are. And that lack of understanding of health care policy in parts of the GOP ranks has three significant flavors:

The country has reached a consensus that people who have elevated risks but have always paid their premiums and stayed insured should not be penalized for their health status with higher premiums. That being the case, there must be appropriate financial incentives for everyone who wants to enjoy this social protection to stay insured.

This is why proposals that leave millions uninsured because of losses in Medicaid expansion or lack of affordability from decreased tax credits are unpalatable to many Republicans outside the Freedom Caucus and its ideological brethren.

Obviously, some competition between insurers helps. But, insurers are essentially middle men. They’re financing and facilitating coverage of a complicated service – the provision of health care – that is done by hospitals, doctors, and other health care practitioners. There are things the government can do to influence how much insurance costs. For example: the actuarial value requirements of the ACA – how much in healthcare costs that plans must cover – was one of the biggest drivers in the increased cost of ACA plans versus the pre-ACA individual market. Removal of essential health benefits, however controversial, would lower the sticker price of coverage.

Yet, truly lowering the cost of coverage over time also requires lowering the cost of health care that insurance plans are financing. Under the ACA, the market standard is health plans must pay out 80 – 85% of the premium dollar in medical claims (which many insurers did before the ACA). If 80 – 85% of the cost of coverage is medical care, all the competition in the world between insurers won’t change how much the providers of health care charge for their services.

One thing that was notably missing from the AHCA, most Republican health policy proposals, and many Democratic ideas as well are major initiatives to control the actual cost of care.

The ACA included some such initiatives, but not enough given the goal to control costs. Some leaders in the health care community believe the ACA — with programs such as ACOs and other quality measures — helped  accelerate market adoption of approaches to value-based care, moving away from the inefficient fee-for-service system. Implementation of agreements between health insurers and providers that move toward paying for quality of care rather than volume will reduce the rise of costs over time. While the ACA can’t claim total credit for the shift, it helped.

In contrast, the AHCA lacked mechanisms to incent reductions in the cost of care. Moreover, key Republicans — such as HHS Secretary Tom Price — have expressed skepticism about pushing toward value-based care. That, even as they continue to emphasize the need for medical practice reform, which experts dismiss as a comparative non-issue. Meanwhile, there are indications some hospitals may be calling timeout in moving forward with value-based care initiatives because of overall market uncertainty after the 2016 elections.

What does all that mean for Republican health care policy moving forward?

It’s tough to say. Speaker Paul Ryan has a vested interested in protecting his members by moving the AHCA, or its successor, at some point given the caucus’ collective campaign promises to act on the ACA. Meanwhile, if bipartisanship is indeed necessary for ACA 2.0, or a replacement of the law, then it is more likely to start in the Senate. How HHS decides to navigate the issue in the meantime, balancing disdain for the law with not overtly tanking the individual market — and thus harming consumers — is hard to predict. And obviously, President Trump is the most unpredictable actor of all.

One thing is clear: Republican divides on thinking about and understanding of health care policy are deep. That’s the biggest single barrier to consensus on what to do with the ACA now that the GOP controls Congress and the White House.

Eric Earling is Senior Vice President at State of Reform. Prior to that he spent over seven years at Premera Blue Cross in Washington and Alaska, including as Vice President of Corporate Communications. He previously was a political appointee in George W. Bush’s Administration at the U.S. Department of Education as well as on the staff of former U.S. Senator Slade Gorton (R-WA).