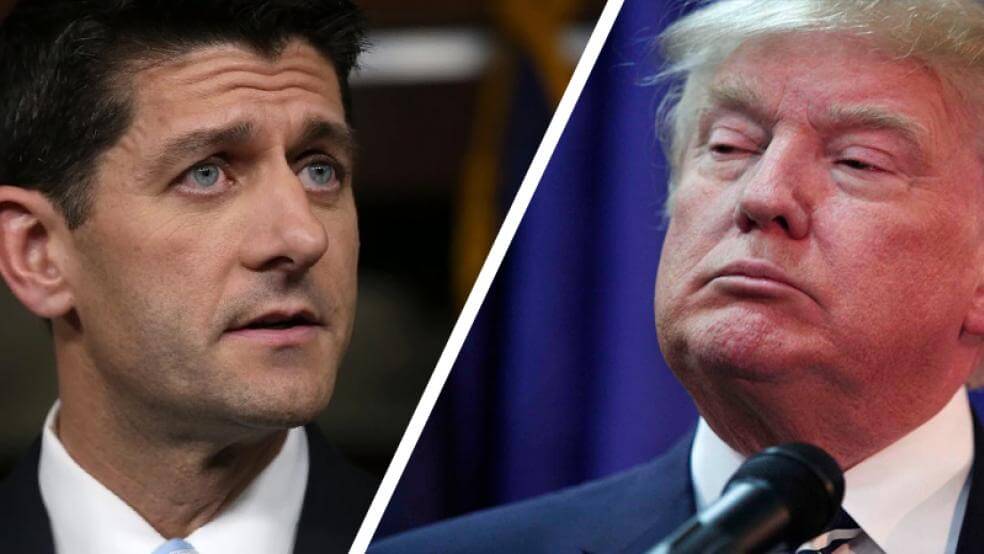 What happened to the AHCA vote?

UPDATE: The coverage below was written after the first scheduled AHCA vote that didn’t happen on Thursday, March 23. The key points about why the vote wasn’t happening and what addressing health care policy will be so difficult for Congressional Republicans still holds after they pulled the bill from the House floor rather than proceed with a 2nd scheduled vote on Friday, March 24.

Not because of lack of political interest in doing something to attack Obamacare and in some way change it. But, because for all the agreement on running — and voting — against Obamacare for years, Republicans don’t have anything close to consensus on what comes after the ACA.

The most-watched group in Congress leading up to the postponed vote was the Freedom Caucus. A collection of about 30 conservative members of the House who believe the American Health Care Act (AHCA) doesn’t go far enough to repeal “Obamacare.” Attempts by House Republican leadership and the Trump White House to woo members of this voting block including a headline-creating offer to strip the Essential Health Benefits (EHBs) as part of the AHCA.

This last minute offer not only didn’t win over enough members of the Freedom Caucus — who want even more gutting of the ACA’s regulation of health insurance — it may have helped send more moderate members scurrying away from the bill.

While much of the media attention was on attempts to lock down the Republican right, cracks were showing on the moderate side of the caucus quite early. Rep. Ileana Ros-Lehtinen of Florida was one of the first Republicans to declare a “no” vote against the bill (and criticized Republican leaders today for their focus on negotiating with the Freedom Caucus). Her original announcement was not terribly surprising, as even as she won re-election last year with by nearly a 10% margin, Hillary Clinton carried her district by over 20 points.

Today, one of the tipping points that seemed to doom the bill – at least for now – in our view was when hours before announcement of the vote’s postponement, Rep. Jaime Herrera Beutler (WA) announced her opposition to the bill as written. We view Herrera Beutler as somewhere near the ideological median of the Republican House caucus. Not a Tea Party conservative, nor a moderate. She’s a protege of fellow Washington Congresswoman Cathy McMorris Rodgers, the 4th ranking House Republican. Moreover, Herrera Beutler represents a relatively safe district, retaining her seat last year with a 23+% margin while Trump won her district by over 7%. If GOP leaders lost someone like Herrera-Beutler, then their attempts to thread the needle in wooing the Freedom Caucus definitely failed.

That’s tough to say because the underlying and potentially unbridgeable gap between different factions of the Republican Party on health care hasn’t been solved. Another attempt at a House vote is possible. Yet, for all the talk and attention on what has been going on in the House, the divide among Senate Republicans is just as strong.

Senators Ted Cruz (TX), Mike Lee (UT), and Rand Paul (KY) are opposed to any bill — such as the AHCA — that doesn’t go far enough to repeal Obamacare, similar to view of the Freedom Caucus. Meanwhile on the moderate side of the GOP Senate, Susan Collins (ME) said she opposes the AHCA for very different reasons. In addition to Collins, four more Senators — Shelley More Capito (WV), Corey Gardner (CO), Lisa Murkowski (AK), and Rob Portman (OH) — are on record opposing legislation that would go too far and too quickly in impacting current Medicaid beneficiaries:

We are concerned that any poorly implemented or poorly timed change in the current funding structure in Medicaid could result in a reduction in access to life-saving health care services. The Medicaid population includes a wide range of beneficiaries, many of which cycle on and off Medicaid due to frequent changes in income, family situations, and living environments.  The Department of Health and Human Services reports that nearly one-third of individuals covered under the Medicaid expansion have a mental health or substance use disorder. As the largest payer of mental health and substance use services in the United States, it is critical that any health care replacement provide states with a stable transition period and the opportunity to gradually phase-in their populations to any new Medicaid financing structure.

That call out of their concern about the potential loss of coverage for mental health and substance abuse services is particularly poignant point given ongoing attention to the startling rise in mortality rates among working class whites — due heavily to factors such as alcohol and drug abuse.

Outside of Congress, Republican and conservative voices on this topic are just as divided. Conservative activists and pundits, such as FreedomWorks and Erick Erickson, continue to want to see full repeal of the ACA, without necessarily a replacement. In contrast, a number of GOP Governors continue to be outspoken against legislation that would result in the loss of coverage for many of their constituents. That lament is particularly strong among blue state GOP Governors like Rick Snyder in Michigan, as well as in purple states, such as Governor John Kasich in Ohio.

Even red states present a challenge on this issue of constituents loosing coverage. Louisiana might be one the starkest examples given the massive influx of newly covered individuals via the state’s relatively recently enacted Medicaid expansion. As Blue Cross Blue Shield of Louisiana economist Michael Bertaut says:

[W]e are counting on our leadership to realize that in just eight months, around 10% of our population gained medical security through the Medicaid expansion. It’s clearly improving their lives, and you can see the results both above and at this link in more detail. Any plan to undo that will have serious costs in terms of the health of our state and the lives of our friends and neighbors. We are counting on them not make any changes without considering all those impacts.

Speaking of Louisianans, Senator Bill Cassidy offered one a cogent, little-discussed point as part of a recent op-ed in the Hill:

The second myth is that cutting federal support for coverage saves society money. The Disproportionate Share Hospital program (abbreviated DSH and also called “uncompensated care payments”) partly pays for the uninsured. Aside from the DSH program, society pays the rest of the bill for the uninsured when hospitals shift the remaining cost to the privately insured (typically employers and their employees) who pay higher premiums to underwrite the “free care” the uninsured receive. If a patient needs social support—independent of the cost of healthcare—this is an additional expense.

As an example, everyone reading this knows someone or was personally diagnosed with diabetes. A doctor can treat diabetes so that the impact to health is marginal. But someone making $16,000 a year who, does not qualify for Medicaid, cannot afford the employee’s share of employer provided insurance and cannot pay cash for doctor visits or their medicines is not treated. Their blood sugar is always too high and they regularly go to the ER when their blood sugar becomes drastically uncontrolled. Each hospitalization costs society tens of thousands of dollars.

As this cycle of ER visits and hospitalization continues, the patient suffers stroke, heart failure or kidney failure. Then, instead of working and paying FICA and other taxes, they are disabled, receiving Social Security disability with taxpayers paying for their expensive healthcare through Medicare and Medicaid. An ObamaCare replacement which restricts coverage without access to first dollar coverage for treating diabetes, opioid addiction, mental illness and other chronic conditions puts the cost burden on ERs. This does not contribute to life and the pursuit of happiness. It is better to give patients adequate coverage. Ultimately, society pays.

Yes, society does pay. The only question now is how.

Will the AHCA somehow — in some form — pass the House? Maybe.

Can the Senate then find a way forward in that chamber, with a narrow 52 vote majority for passage? That seems more than a little difficult at this point given the gulf between conservative and moderate Republicans.

One scenario that not enough people are talking about right now: the AHCA comes to a vote in the House, fails. And then Congress moves on to other business, proving this predication by former House Speaker John Boehner correct.