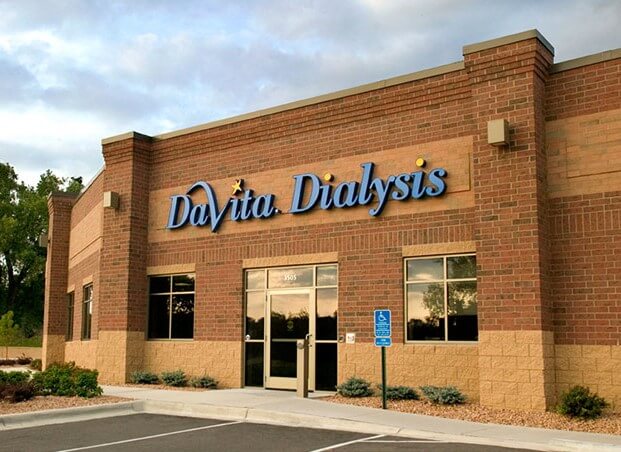 Why DaVita is being regulated, investigated, and sued

Something unusual came out of DaVita Inc. releasing its 4th Quarter 2016 results recently. Specifically, DaVita, known primarily as a large, national provider of dialysis services, projects operating income to fall from $1.849 billion in 2016 to a range of $1.638 billion to $1.775 billion for 2017. In contrast, DaVita’s major national competitor Fresenius expects revenue and profit to grow in 2017. A conversation with major non-profit kidney dialysis provider in the Pacific Northwest confirmed steady patient growth as a consistent trend as well. Thus, we found it noteworthy in a time of ever-growing health care needs and costs that DaVita would make such a projection.

Here’s where it gets interesting: Javier Rodriguez , CEO of Kidney Care for DaVita, cited four headwinds during the conference call discussing the results, including a decrease in patients whose care is covered, wage inflation and increased turnover, rate reductions, and significant decreases in operational income in their pharmacy services.

[T]he concentration of profits generated by higher-paying commercial payor plans for which there is continued downward pressure on average realized payment rates, and a reduction in the number of patients under such plans, which may result in the loss of revenues or patients, and the extent to which the ongoing implementation of healthcare exchanges or changes in regulations or enforcement of regulations, including but not limited to those regarding the exchanges, results in a reduction in reimbursement rates for our services from and/or the number of patients enrolled in higher-paying commercial plans[.]

Let’s unpack that. Cited on the results call was the temporary restraining order against an HHS regulation that limits 3rd party payment of premiums. HHS specifically targeted dialysis facilities, such as DaVita, with that regulation for using an intermediary to pay premiums for patients. The scheme went like this:

That’s a no-no, because those with a potential financial gain from the payment of premiums can’t be 3rd party payers, directly or indirectly. Thus, the HHS rule clarifying the issue, and perhaps more significantly, activity by the  Department of Justice looking into activity by DaVita and Fresenius on the same topic.

The scheme that led to activity at multiple federal agencies is more problematic than improper 3rd party payments. It included enrolling people eligible for Medicaid and/or Medicare onto private insurance — at no cost to the patient thanks to the 3rd party payment — because private insurance, including in the individual market, reimburses at significantly higher rates than government programs. Same patient, same treatment, much higher reimbursement to the dialysis provider.

Note this part of her comments: “for every one ESRD patient with about a quarter million [dollars] in claims, we need 3800 individual enrollees for the entire year to make up for that.”

We had heard this concern before from insurers about how DaVita was gaming the system in the individual market. Now, a recent investor lawsuit against Davita  is focused on this same issue that was already the source of concern for insurers and the federal government. The suit alleges DaVita was deliberately engaged in activity that misled investors by inflating profits. The stakes are easy to understand when you play out the math:

As a result, the financial benefits to DaVita were enormous: a $4,000-per-dialysis payday from the private insurance companies rather than the $300 or less the government would pay for the same procedure.

Moreover, the litigation alleges a specific time frame for this activity: “…from about August 2015 through last October, according to the lawsuit.”

Aligned with that timing, we’ve heard about this scheme impacting insurers during that time period in a number of states, including Washington, California, and Texas, during the open enrollment period for 2016 coverage running from November, 2015 to January 31, 2016. Moreover, DaVita and Fresenius may have been pointing entire blocks of patients to single insurers. While that was administratively simple in perpetrating the scheme, it is a prospective nightmare to the individual market risk pool of impacted health plans.

The complaint in the investor lawsuit cites an analyst questioning DaVita during one the companies  quarterly financial results call on August 8, 2016, demonstrating the impact on the individual market:

“I mean, these patients, would be covered by Medicare. It’s not as though they would be bereft to health insurance or then – I think, I’ve read 5,500 or so patients are now on exchanges, being paid full by the foundations. I mean, aren’t you arguing that United Healthcare and Anthem should take, I don’t know, $5,000-$10,000 in premium and have a fair cost of over $100,000? I mean, how can we make that argument to these plans, when they could be covered under the public plans that’s and I would assume, you guys have your proportional share of the 5,500, just stepping back from kind of a public policy standpoint. How do you, at a time when the plans are losing money in the exchanges, how do you argue to them that they should cover people that could be covered for a fraction of the cost under Medicare?”

The reference to $5,000 – 10,000 in premium vs. $100,000 cost actually understates the case of the impact on insurer financials by ESRD patient, but the point still holds. It explains why during that open enrollment period for 2016 coverage that insurers quickly grew worried when some found dozens of patients being sent to them in this fashion. In one case, a dialysis provider was even trying to enroll all of its affected patients on the same specific plan offered by one insurer (which potentially put the provider at risk of violating applicable state laws by acting as a broker without a license in steering prospective enrollees in that manner).

For those health plans that figured out the scheme in time, the response was swift: dramatically tighten enrollment procedures and verification to ensure that only truly eligible enrollees were making it through the application process. For those that didn’t figure it out in time, some already challenged risk pools took a big hit. That’s a likely contributor to financial losses in the individual market for some health insurers, as a couple dozen ESRD patients without a corresponding increase in typical enrollees quickly adds several million dollars in losses to the ledger, based on the math from Blue Shield of California and other insures we consulted.

All of that may have influenced some subsequent decisions by national and local insurers to exit the individual market in certain states and counties to avoid continued financial losses. In turn, insurers went to HHS and laid out their concerns for the stability of the individual market moving forward. The case was compelling enough to lead to an HHS regulation, and evidently a Department of Justice investigation, while the same facts also appear to have done much to contribute to the investor lawsuit.

Why is Davita anticipating lower operating income in 2017? The way in which they had been obtaining some profitable patients has been blocked — at least for a while — by the Department of Health and Human Services, is being investigated by the Department of Justice, and the subject of a potential class-action investor lawsuit.

That’s quite a trifecta, which we’ll continue to track.