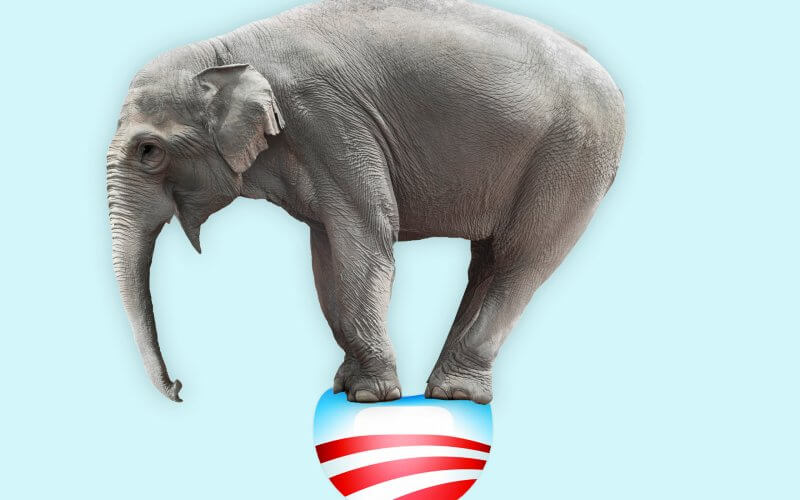 Repeal and replace may not be what we think

Not many people are talking about it, but “repeal” and “replace” might be in more trouble than most observers realize.

Recently leaked audio of a Republican retreat shows real divisions in the politics and policy of moving forward with massive changes to the ACA. On one hand, there is real concern about impacting ACA-coverage for millions:

On the other, some Republicans are clearly concerned about living up to a campaign promise:

“I couldn’t believe a week or so ago that I heard there were people getting weak-kneed on the repeal,” the North Carolina Republican, [Congresswoman Virginia Fox] said. “My, God! We all ran [on] repealing Obamacare! What is wrong?”

Which begs a certain question: do enough Republicans understand the complexities of the health care system to truly understand what “repeal” means, especially absent an orderly “replace?”

It’s ironically a problem for both parties. Democrats own the ACA, which is famous for passing with no bi-partisan support. While expanding access to coverage — a big success for many in the world of health care — it clearly hasn’t addressed the issue of rising costs as hoped. The individual market is fragile at best in some states, and even the Obama Administration began letting states abandon the SHOP, recognizing that approach to helping small employers buy coverage hasn’t worked.

Many health care experts who work with legislative bodies, be they federal or state, will say there are usually only a handful of elected officials on either side of the aisle that truly understand health care. That’s not a pejorative statement, as the same holds true for other complex public policy issues such as K-12 education, environmental issues, and the like.

Perhaps though, just like the infamous Nancy Pelosi line “we have to pass the bill so that you can find out what’s in it” foreshadowed some rough consequences over time, speed-to-action might not yield the best policy solution for Republicans.

One conservative pundit, Matt Lewis, has said as much:

The more I talk to conservative-leaning health care policy experts—sources that had previously helped me understand the debacle that would become Obamacare—the more convinced I am that this could all go horribly wrong.

“The train is rushing down the tracks toward the cliff,” said one health care policy expert.

Lewis goes on after analyzing the different plans and options for GOP “replace” and concludes:

Each of these plans consists of some good ideas. But it’s like a novice trying to solve a Rubik’s Cube. Every conceivable scheme or solution creates new problems. None of them solve the problem because this problem is simply too complicated to “solve.”

Assuming that’s true for a minute, as it very well may be, that creates a potentially intractable dilemma because that policy conclusion is exceptionally difficult, if not impossible, to reconcile with a pledge to “repeal Obamacare.”

One conservative policy analyst is already predicting “replace” will look a lot like the ACA itself, especially because the reconciliation process to achieve repeal could destabilize the market for those currently with coverage. That would mean millions losing coverage before “replace” could take effect. Leading to this thought:

So if Republicans don’t coalesce around some kind of “soft landing,” it’s a safe bet many of them will balk. And yet, if, as some senators propose, the effective date of the repeal is made contingent on the enactment of some future, yet-to-be-written “replacement”—conservatives will balk.

The pretzel-shaped logic of this situation is driving GOP lawmakers inexorably toward a new, awkward position: “Fix,” rather than replace. That’s intriguing, since Democrats claim to be for “fix.” But politically, Republicans can’t be. Their constituents would revolt. And so “fixing without ‘fixing’” has silently become the new, unstated goal.

Will the GOP take action on the ACA? Of course. Both President Trump and a Republican Congress have planted that stake firmly in the ground. The question is what that action entails. And signs are increasingly pointing to more modest changes than first predicted — and in some cases feared — by many in politics and health care.