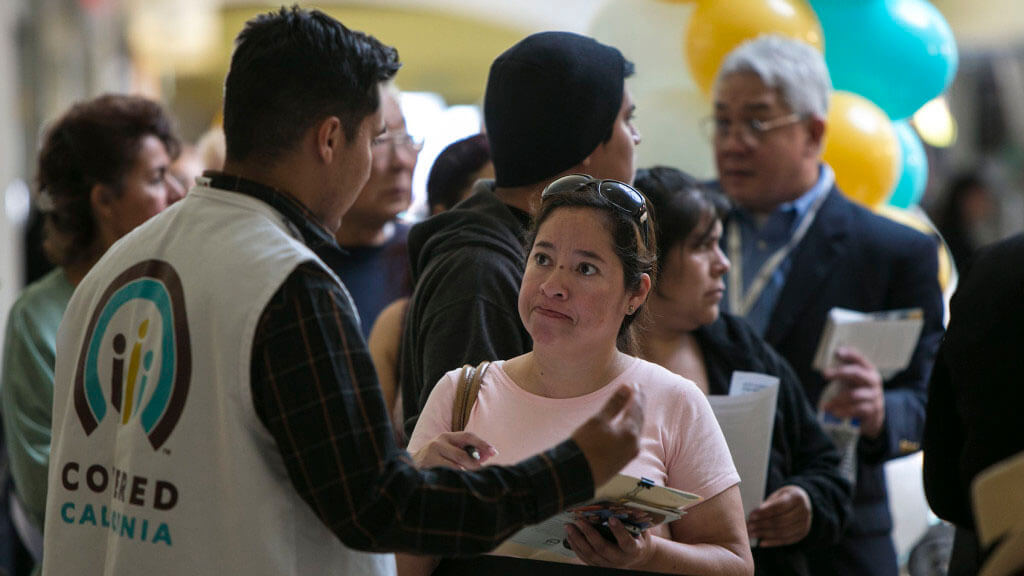 What California could lose in ACA repeal

While the GOP-led Congress promises to ‘repeal and replace,’ new studies show repealing parts of the ACA could result in the number of uninsured Californians increasing above pre-ACA levels.

After the ACA was passed, California saw the largest decline in the uninsured rate in the nation, dropping from 6.5 million in 2013 to 3.3 million in 2015. A study out of UC Berkeley and UCLA shows how that could shift in the other direction.

The study lays out exactly which Californians are at risk of losing coverage if the ACA is repealed. Low income workers, young adults, part-time workers, and Latinos were least likely to have health insurance before the ACA. If repealed, these groups stand to lose coverage gained under the ACA.

While increased coverage can also be attributed to an improving economy and more employers offering coverage, most Californians were able to gain coverage under the expansion of Medi-Cal and through Covered California.

Medi-Cal enrollment went up by 5 million under the ACA. 3.7 million were newly eligible enrollees under the expansion. But if Medi-Cal is replaced with block grants or the government applies a per capita cap on federal funding, 9.8 million enrollees could lose eligibility or benefits. Counties would be disproportionally affected. While a little more than 9 percent of the state is enrolled in the Medi-Cal expansion, some counties have a much higher percent of their population enrolled, like Humboldt with almost 14 percent enrolled, according to the study.

Covered California helped 1.2 million Californians purchase health insurance at federally subsidized rates, making private insurance more affordable. The average enrollee received $309 each month in federal subsidies. An additional 60% received additional funding to lower their out-of-pocket costs. More than half of enrollees who qualify for subsidies earned 138 to 200 percent of the Federal Poverty Line. If these subsides are repealed, many enrollees will no longer be able to afford their coverage, or will no longer have comprehensive coverage, according to the study.

Changes to the employer mandate could result in further losses in coverage if employers stop offering insurance benefits.

Proposals by Republican Congressional leadership to restructure Medicare by increasing the eligibility age to 67 and converting the defined benefit into a voucher could harm the guarantee of comprehensive coverage for patients, the study suggests.

The California uninsured rate is at a historic low of just over 8 percent. The ACA has addressed many of the issues of inequality in access to health care. But repealing the ACA could also impact the economy, according to the study.

A series of fact sheets put out by UC Berkeley Labor Center shows the projected economic losses for 14 Californian counties. The authors estimate that if the ACA is repealed, 209,000 jobs will be lost. Most of these jobs will be in healthcare, but other industries will be affected due to the impact on the local economy.  Repealing could cost the state economy over $20 billion in GDP and another $1.5 billion in lost state and local tax revenue, according to the study.