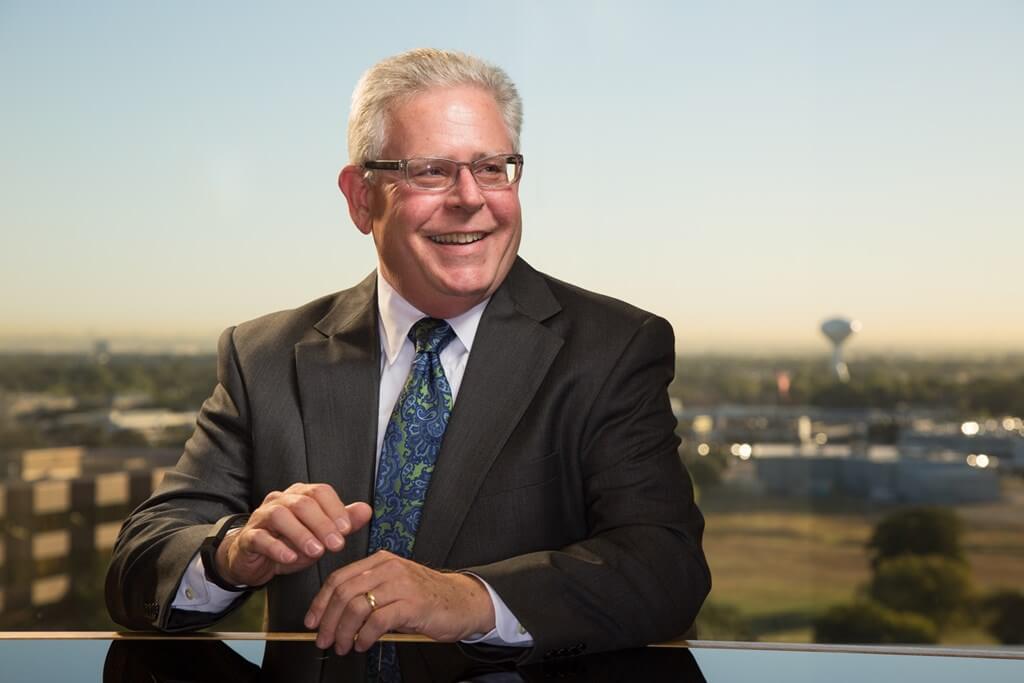 Q&A with Barclay Berdan on Blue Zones and healthier communities

State of Reform recently talked with Barclay Berdan, CEO of Texas Health Resources, about becoming the largest employer in the country to be Blue Zones approved, demonstrating a significant commitment by the company to a healthier community in Fort Worth. The following Q&A has been edited for clarity and length.

State of Reform: What prompted Texas Health Resources to invest the time and resources in joining the Blue Zones initiative and becoming approved?

We introduced the Blue Zones idea at some leadership meeting and Board Retreats, and ultimately felt a lot of excitement both within Texas Health Resources and from community leaders. Our Mayor, the City Council, and the Chamber of Commerce in Fort Worth are interested in health and well being of of the community.

Part of what drives this is literature that says health status that make up the community is not determined by medical care system, it’s determined by behavior and choices and habits and how they manage their health.

We invited the Blue Zones team to do an assessment and it took some time to implement. We’re the largest community they’ve worked with, and the first in the South and Southwest.

State of Reform: What benefits do you expect to see as an employer from bringing Blue Zones to Fort Worth?

Berdan: We’ve been working on helping our own employee population manage their health & wellness for some time. We’ve got a 10 year history of that. We’ve been able to get to a place where our medical costs as an employer are either flat or rising at a slower rate, and we have a healthier, happier workforce, which is also more productive.

Ultimately, we want our employees to live how we encourage our patients to live. We’ve tailored our own employee health benefits to encourage health, including financial benefits like premium reduction for healthier behaviors and incentives for engagement for those that aren’t meeting those behaviors now.

State of Reform: What kind of attributes as an employer do you need to create in the work place to help make this commitment to Blue Zones work?

Berdan: It all links back to our promise” as an organization: “individuals caring for individuals, together.” That drives the sense of community and teamwork. And it makes a lot of sense to focus on being healthy as individuals in the work force.

Berdan: There are a lot of challenges there. Obesity is a growing problem, costs are high, and its all largely behavior based.  What we know is  we can treat the symptoms of those behaviors, but can’t really make people change.

In some ways, we are long-term trying to destroy some of the traditional demand for our business. We can reduce some of the costs, some of the lost productivity, and lack of well being if we can help change behaviors.

State of Reform: So how do you prepare for a future of less demand for services if you’re successful?

Berdan: We don’t expect immediate change. It will take years and years. We also live in a climate where people can be active most of the year. We also have 2,000 people moving into the Dallas-Fort Worth area every week. People will still need care.

But, what we hope to have happen is some of those chronic conditions that stem from poor choices in terms of behavior will over time be reduced.

It comes back to our mission “to improve the health of the people in the communities we serve.” I’m very dedicated to that. That health care system as a whole has become unaffordable for many people. Health care is a local thing. Politicians in Washington, DC and Austin aren’t necessarily going to do a whole lot to make us healthier communities.

State of Reform: How from your perspective will Blue Zones help drive change in the community?

Berdan: The program is engaged with all kinds of segments of business. We invited huge cross section of the community to learn about it. A number of businesses large & small are supporting the program financially.

We’re seeing a growing number of grocery stores & restaurants joining, and Blue Zones is over our goals for this point in time for the number of worksites, including restaurants. School are the next target. We’re signing up volunteers — over 600 — working with the city on policy changes, and working toward expanded community engagement.

State of Reform: How will you know you’re having an impact?

Berdan: I believe it’s important to measure your progress. We’ll be using the Gallup Well-Being Index as a measurement for Blue Zones’ success. We don’t want to be just doing some things hoping we do some good. We want to see an impact on medical costs, overall productivity, and some of the different aspects of well-being that we measure when we talk to the community.