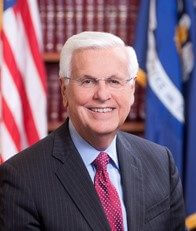 Attention on opioid abuse in Louisiana — and nationally — escalates

A year ago, you could listen to leaders in the health care system talk about key issues in their field and you’d hear some similar themes, with nary a mention of opioid abuse.

Yes, you’d hear talk of the epidemic in heroin and opioid abuse. But, it was rather low on the list.

The rapid nature of opioid abuse escalating to a top tier issue among leaders in the health care system should be a cause for concern: for our entire society.

Example: Louisiana’s Department of Health has already declared combating opioid abuse to be a top priority in the coming months. The state’s insurance commissioner, Jim Donelon, weighed in more recently too:

For the first time in a decade some mortality rates in the United States are rising and that’s due, in part, to more people dying from drug overdoses. The problem is particularly acute in Louisiana which, according to the Centers for Disease Control and Prevention, has an overdose death rate exceeding the national average. Also a recent study released by the Workers Compensation Research Institute found that one in six injured workers in Louisiana was identified as having longer-term use of opioids, the most prevalent out of the 25 states included in the two-year study period. High and long-term opioid use can lead to addiction, increased disability or work loss and even death, according to the study.

When headlines are reading “Louisiana has more opioid prescriptions than residents,” then the problem is rather inescapable.

Here’s the real rub for all of us in society though, from the Commissioner’s release:

The death toll rose for the first time in ten years for certain demographic groups—primarily middle-aged white and lower income Americans—attributed in part to opioids, suicide and chronic liver disease according to a study by the Brookings Institution’s Hamilton Project.

That’s right, as death rates for other demographics are essentially dropping across the board, middle-aged white Americans are dying faster. That bigger trend, of Americans killing themselves with substance abuse, mental health problems, and generally bad lifestyle choices (see coverage of that topic from sources such as the New York Times and the Atlantic).

Simply put, the trend is jarring:

A quiet epidemic of chronic pain, suicide, alcohol abuse and drug overdoses has killed a “lost generation” of nearly half a million middle aged white Americans in the last 15 years, according to a startling new study by Princeton University researchers.

The spike in mortality is estimated to have led to the early deaths of 488,500 white Americans, a figure comparable to the number of deaths caused by the AIDS epidemic.

“This change reversed decades of progress in mortality and was unique to the United States; no other rich country saw a similar turnaround[.]”

A public health crisis of that magnitude doesn’t have a singular solution. Everyone in the health care system has a role to play. Insurers, providers, policymakers, public health advocates, etc., etc.

The key question now given the scope of the problem: what accelerates society’s view of behavioral health and substance abuse services? Because these are deep system issues in society that will have to be addressed. Insurer’s and providers cracking down on inappropriate prescriptions is an important, but an incomplete step if the demand for opioids still rages.