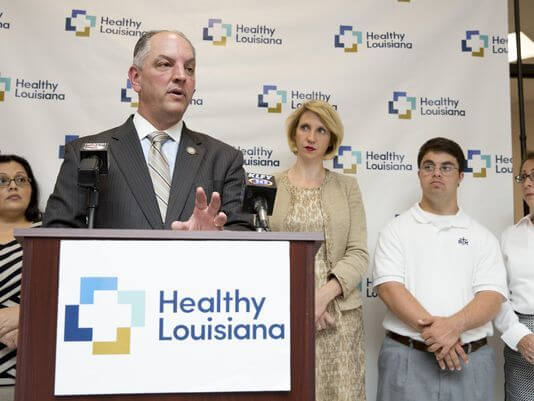 Medicaid expansion might still be controversial in some circles, with 19 states not participating in the program, but the impacts for health care coverage appear significant as expansion is implemented in Louisiana.

A troublingly high 20% of the state’s population was without health care coverage prior to Medicaid expansion. That metric stands to fall significantly:

But the latest tally of 644,000 uninsured adults doesn’t account for the nearly 300,000 people who officials say have been added to the state’s Medicaid health insurance rolls since expansion kicked in July 1, suggesting the next round of numbers will show a large shift.

Big gains in access to coverage for adults are consistent with an overall assessment of Medicaid expansion across the country, which has consistently shows significant reductions in the uninsured. In addition, “Most research demonstrates that Medicaid expansion positively impacts access to care and utilization of health care services among the low-income population,” even as more study is needed to assess the impact of expansion on health outcomes.

Those potential improvements in health outcomes are worth watching, as are the other potential benefits to the state such as reduced state spending and lower costs for some businesses and individuals previously purchasing coverage:

180,500 who fell below that income level [for Medicaid expansion] had health insurance through their employers, and 62,000 were privately paying for health insurance. All of them would have the option of enrolling in Medicaid, if they want the taxpayer-funded health care option.

The survey’s researchers note that those with employer or privately purchased coverage would save money from the cost of premiums they currently pay. Gee said that would also save business owners money spent to cover employees.

“The expansion is going to have a benefit for small businesses,” she said.