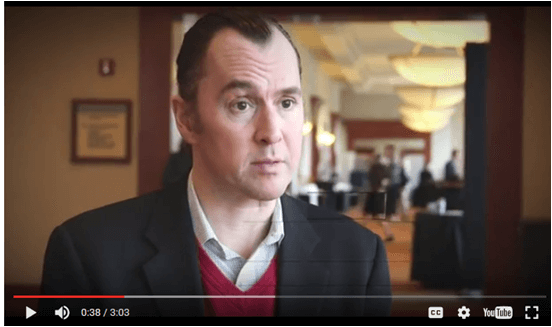 State of Reform is adding to its senior leadership team with the addition Eric Earling as Senior Vice President. Earling is a former Vice President of Corporate Communications at Premera Blue Cross, one of the nation’s leading regional health plans, and adds to State of Reform’s policy expertise.

“I’m excited to be a part of the team that made State of Reform a leading health care policy venue. This is an exciting time to be in health care, especially when collaboration and understanding the changing landscape is so important,” said Earling.

Earling recently relocated to New Orleans where he will open and build a State of Reform office and presence.  The New Orleans office will support the growth of State of Reform’s South Central edition, which currently includes Texas, New Orleans, Arkansas and Oklahoma.

“Eric is exceptionally gifted at connecting the dots across health policy and health care,” said Karianna Wilson, one of State of Reform’s co-hosts.  “He understands how the market and policy worlds impact one another in health care in a way that our readers are conference attendees will find hugely valuable.”

State of Reform Continues to Grow

In 2017, State of Reform will be growing to cover health care news and policy in multiple states, and will include convening market-level health care conferences in Hawaii, Louisiana, Texas, Arizona, Utah and Colorado.

“State of Reform has been a real success story. These policy conferences are incredibly valuable venues for leaders and decision makers across the health care system to discuss and learn more about the big issues driving change in health care today,” added Earling. “I saw that as a sponsor and supporter of State of Reform while at Premera. Now I’m looking forward to helping more communities have these conversations in such an important time of change.”

Earling’s role at Premera Blue Cross included leading strategic communications on high profile issues like the implementation of the Affordable Care Act, as well as for Premera’s effective cyber-attack announcement in 2015.

Before his work in health care, Eric was a political appointee in the Office of Communications and Outreach for the U.S. Department of Education under President George W. Bush. Previously he led public affairs for the Washington Biotechnology & Biomedical Association, and served on staff of former U.S. Senator Slade Gorton.