Ele Hamburger: Medicaid programs should be taking “a long hard look” at their drug policies under state and federal law 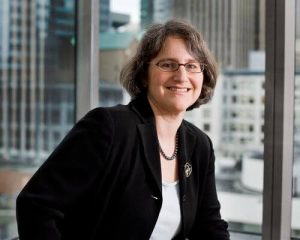 Ele Hamburger, one of the plaintiffs’ attorneys in the recent lawsuit against the Washington Health Care Authority, the state Medicaid agency, over its Hepatitis C drug policy, sat down with State of Reform to talk about the case which is already having national implications.

In a May 27, 2016 ruling federal district court Judge John C. Coughenour ordered the HCA to revise its policy of limiting access to Hepatitis C medication to Medicaid patients with certain fibrosis scores.

HCA informed State of Reform today that it intends to be in immediate compliance and is currently working on revising its Medicaid clinical policy and informing its providers.

In states like Florida, New York, and Pennsylvania change is happening without litigation. While in states like California, expensive ballot measures are fueling the debate of patient access to medications.

JJ Lee: We cover news in other states where similar policies of cost-based rationing for Hepatitis-C drugs are in place for Medicaid programs. Do you think it likely that other states will begin to model themselves after Washington following this decision?

Ele Hamburger: I think as a result of this case, Medicaid programs should be a taking a long hard look at whether their rationing criteria are justified under the state and federal law. When you have CMS saying it is not proper, and a federal judge saying it is inconsistent with federal Medicaid law, we hope you’re going to start to see other state programs eliminating those restrictions voluntarily.

That’s what just happened in Florida on the same day, Friday May 27. Advocates there went to Florida’s Medicaid Program and asked “do you really want this fight?” And they ended up resolving it.

In New York State, the AG [Attorney General Eric Schneiderman] started going after private insurers over rationing [of HCV medications] and got voluntary agreements from many of them to eliminate it, and then the state Medicaid program followed suit. In Pennsylvania, it has been eliminated through organizing and advocacy without litigation.

JL: What about other, costly specialty drugs like HIV medications or high-cost cholesterol treatments? Are we opening the door to lawsuits for other specialty drugs as well?

EH: It’s not to say that it’s not happening, but I haven’t seen this kind of rationing with other drugs. This was explicit rationing [for Hepatitis C]. In the Regence policy, before they changed it, they said we’re imposing this because of the high cost of treating everyone in the health system. Of course, that is not why you buy insurance. You buy insurance; you pay your premium, with the expectation that you’ll receive care based upon the terms and conditions of the contract.

I do know that the same advocates in Florida have filed a complaint with the Feds over assigning prescription drugs for HIV to the highest tier in Exchange plans, invoking the protections of Section 1557 of the Affordable Care Act, and the Feds backed them up.

JL: [The office of Sirianni Youtz Spoonemore and Hamburger sent a letter to the HCA prior to this interview inquiring about implementation of the Judge’s order. Hamburger remarks on implementation and costs.]

EH: Here’s the interesting thing. There was this budget proviso that the Health Care Authority put together for the Governor and the OFM last fall to move the coverage provisions for fibroids—currently at F3 and F4—down to F2.

In the budget proviso, the HCA includes the amount of money they thought it would take to move to F2. It’s $77.7 million of which only $20 million is state money. That’s because the vast majority of people who have HCV who are on Medicaid are part of the [Affordable Care Act’s] Medicaid expansion, so they are eligible for the 90 percent match from the federal government. Some are 50 percent match people. The analysis is that it works out to about 75 percent match. So we only pay about a quarter of the costs. And this was calculated last fall.

So they calculated that going to F2 would let them treat an additional 4,700 people with less severe liver disease. What that says to me is that $77.7 million is the cost to treat 4,700 people. And if you do the simple division, the cost of the treatment is about $17,000. We don’t know what the discounts are that [the state] gets. But you hear all these stories in the press about the average wholesale price of the drug, but it’s clear with discounts—[the State pays] significantly less than that. And then, we only pay a quarter of it [$4,250].

JL: It seems that we may be seeing more complex “medical necessity” debates around pharmaceuticals with specialty and miracle drugs rather than medical procedures like transplants or surgeries which have been the case traditionally.

EH: That’s interesting. There’s really good well-settled case law on access to medical procedures in the Medicaid world. The case law that says that you have a property right in your Medicaid benefit is a product of the early 70s, so it makes sense then that when it was new the earlier cases had to do with the most frequent big-ticket item that states might want to restrict which was, at the time, access to [medical] procedures.

It could reflect changes in our medical industry. There are more drugs, more tools, and presumably less expenses on surgical procedures. I’m not enough of a health policy person to track the rise of prescription drug costs compared to inpatient hospitalization and other things. But it makes sense that the key cases that determined rights under Medicaid to medically necessary medical procedures happened in the 70s and 80s because of when the program was established and the rights that were litigated shortly after that.

But the question of whether these [HCV] meds are medically necessary is so clear cut, so indisputable. That’s why the health plans changed their policies almost immediately after we filed the lawsuits.

You might have an extensive debate over medical necessity in some cases, but not in this one. HCA didn’t even get an expert in their case to challenge the statements made by our expert. We have a sign-on letter in the file of all of the leading Hep C and liver specialists in town [Seattle], and they all agree it’s medically necessary. If you look at on the California and Washington state websites which report independent review decisions, 100 percent of these review decisions conclude that treatment with a DAA [direct-acting anti-viral medication] is medically necessary, except for people at the very end stage of their life with a diagnosis of Hep C. There are physicians that say, maybe not this drug or that drug, or argue over 12 or 24 weeks, but there is a 100 percent consensus on treating with DAAs.

JL: While some say that it is impossible to make pharmaceutical companies move on pricing, others argue that Medicaid agencies can exert their purchasing power (particularly in large states like California) and federal agencies like CMS and NIH can exercise their “march-in” rights to help with excessive drug prices. Do you think that putting pressure on Medicaid agencies will encourage them to start pulling these levers with pharma?

EH: There’s this tug of war going on here between insurance companies and payers, on the one hand, and pharma on the other. These rationing policies put the patients in the middle. I don’t know enough about health policy to say who should be paying for the cost of these drugs and the cost of the research that results in these drugs and what is a fair profit for either insurance companies or pharma because both make a lot of money out of the system. What I do know is that when a drug is medically necessary and people pay for money for their insurance, or they are on Medicaid and they have Medicaid entitlements to medically necessary care, they should get it. It shouldn’t be rationed because of a fight between payers and pharma.

And as long as the payers are not feeling the pressure from the high cost of the drugs because they are able to narrow the pool of people for whom they are responsible to pay for treatment, they’re not going to pull those levers. It’s much easier for them to deny patients coverage then to go do whatever they need to do to get a fair price out of pharma. I think that tug of war should happen, and it should happen without putting patients in the middle.