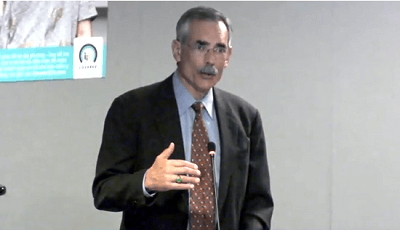 The now “famous” attachment 7 of these modifications captured stakeholder and media attention for a section that requires exchange plans to report hospitals with outlier poor performance and remove them from their network by 2019. Several stakeholder meetings held with Covered California since that requirement was introduced in February yielded a contract that is much more palatable to all parties.

Amber Kemp, Vice President of Health Care Coverage, for the California Hospital Association (CHA) testified to this spirit of collaboration.

“CHA applauds the Board for delaying finalization of the QHP model contract from Feb. 18 to today, allowing for much needed additional dialogue on the proposed quality initiatives and on the impact the proposal would have on providers and consumers and on networks,” said Kemp.

Stacey Wittorff, Associate Director, Center for Health Policy at the California Medical Association (CMA) joined in Kemp’s praise of the effort between the Board, health plans, and providers. However, she expressed CMA’s lingering reservations over contract modifications.

“As attachment 7 and the appendices will serve as the guiding documents for the implementation for the quality framework, it will have significant impacts on our physician members and on their ability to provide care to Covered California enrollees,” said Wittorff. “CMA has concerns about a set of not-yet-developed quality and cost metrics and their use as the basis of excluding physicians from networks. Our global concern is in regards to the potential impacts of excluding physicians from networks and on the ability of patients to access care should significant numbers of physicians be excluded.”

She continued, “Our more immediate concern is with the approval of a contract attachment with so much yet to be determined.”

Wittoff concluded with remarks that, despite some misgivings, CMA was prepared to commit fully as a partner to Covered California.

Athena Chapman, Director of Regulatory Affairs at the California Association of Health Plans echoed this sentiment of cautious support.

“While the contract doesn’t necessarily address all of our concerns—health plans still have some things we don’t like [such as] some concerns about non-material breach of contract,” said Chapman. “But, we feel that it’s time to move forward. There are some extra protections that make us feel comfortable at this point. We still have a lot of work ahead of us in finding outliers, working on the quality metrics, and we’re looking forward to being part of that process.”

In contrast, there was an outpouring of praise for the “historic” move towards quality and consumer protection from advocacy groups.

Beth Capell, lobbyist for Health Access commented: “When Covered California was created and the active purchaser authority was granted, we hoped that it would be used for exactly for such purposes.”

“We certainly are making it clear that Covered California is about more than just getting coverage, that we are really looking to assure that our enrollees get the right care when they need it,” said Board Chair Diana Dooley. “I do think this is remarkable. It is very ambitious, but there is a lot of flexibility baked into it. We will be reasonable, as we have tried to be throughout. Practicality and administrative ability to do what we want to do have been a hallmark of our work together on this. But if we don’t reach high, we won’t move the ball forward.”

“This is raising the bar, not just here in California, but in the nation,” said Lee.

State of Reform will continue to track as California’s stakeholders begin the heavy lift of defining specific outlier quality metrics.