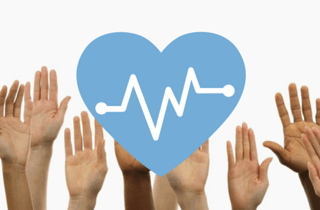 A brief by the Kaiser Family Foundation (KFF) looking at marketplace enrollment suggests that the Congressional Budget Office (CBO)’s enrollment projections are unrealistic. CBO benchmarks have been used to measure the success of exchanges. KFF revisits that data to analyze marketplace trends after the third open enrollment.

The CBO prediction for Plan Year 2016 was originally 21 million but was lowered to 13 million in January 2016 based on 2015 data and new forecasts. 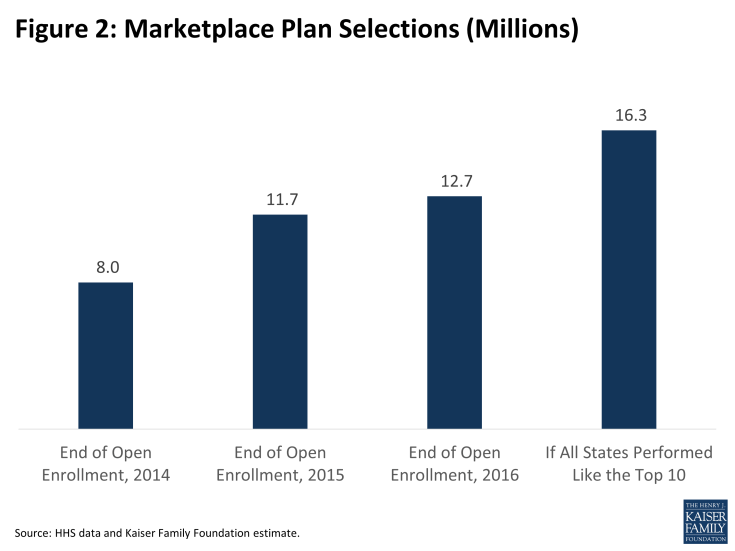 The top ten states used for the hypothetical category are as follows: 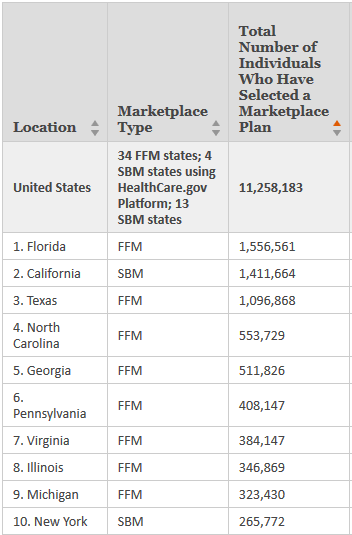 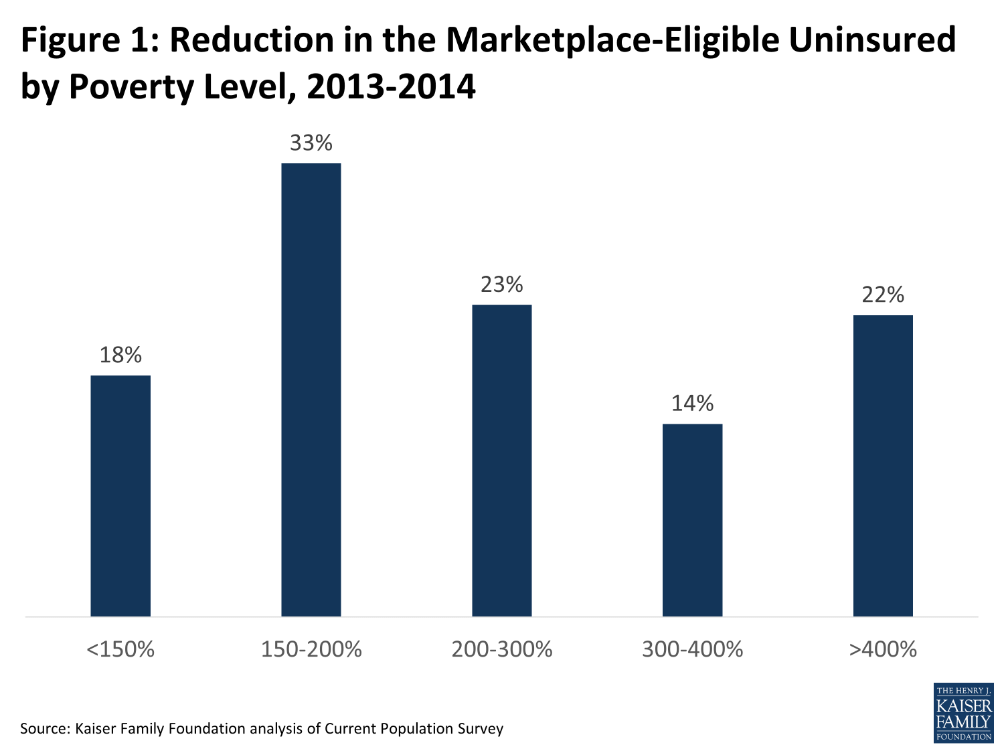