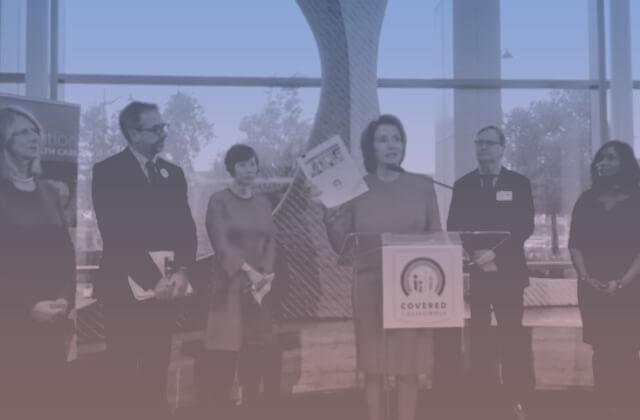 Hospital utilization made the news as Covered California, in association with hospitals and state agencies, published its report “Delivering on the Promise of Care: Early Indicators that Covered California Enrollees Are Getting Needed Care.” The report shares data from enrollees throughout California and covers 111 hospitals, including rural, community, and some rated by US News and World Report as “Top 10” Hospitals nationwide.

A goal of the report was to evaluate access to care. According to a Kaiser Family Foundation study cited in the report, 91% of enrollees claimed it was “very” or “somewhat easy” to travel to care. Another 71% used medical services and 59% had check-up appointments with primary care providers.

Although quite detailed in its scope, the report does not directly address costs. Rates negotiated for new pharmaceutical treatments or surprise hospitals charges are not included in the data.

When asked directly by State of Reform how data from this report could be leveraged to contain costs associated with Medi-Cal, Peter V. Lee was candid.

“Over 12 million Medicaid enrollees were considered in the report,” said Lee. He explained that the ability for Californians to get care earlier, rather than later, would provide long term cost-savings.

Lee also shared plans from Sec. Dooley, who has offered the State Innovation Model with its myriad of pilot programs to help curb costs.

“Those innovations,” said Lee, “ will impact everyone, including Qualified Health Plans – not just Medi-Cal.”

The hospital utilization report shows over 69,000 emergency room encounters, 5,200 newborns delivered, 471 neo-natal intensive care needs from those newborns, 10,753 oncology treatments, and over 3,700 cases of trauma and broken bones. Peter Lee noted that costs for those “broken bones can reach up to $35,000.”

The report’s release, coinciding with the end of open enrollment in California, is being used to demonstrate the value of coverage in a crisis, particularly to young invincible population and people who may be considering forgoing insurance this open enrollment due to perceived lack of value.

Speaking directly to the individual mandate, Lee claimed a family of four could see penalties as high as $10,000 this year with the penalty graduating upward in future years, once again making the case for individuals to get covered.