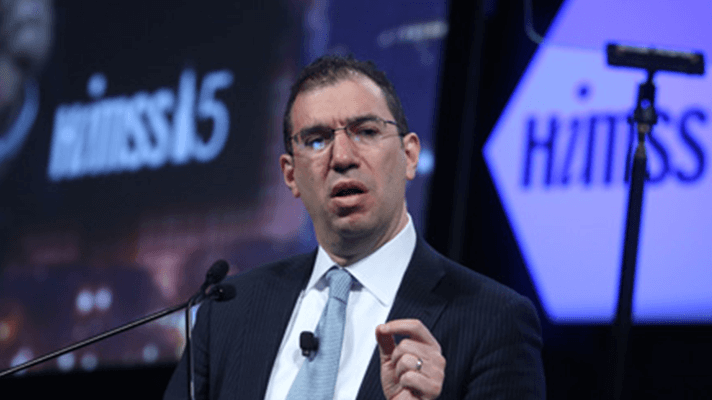 Andy Slavitt, Acting Administrator for the Centers for Medicare and Medicaid Services (CMS) spoke at the J.P. Morgan Annual Health Care Conference on Jan. 11, 2016. In his remarks, Slavitt covered major policy areas that he believes will have the greatest impact on the health care industry in the year ahead. These topics included reexamining–and phasing out–the meaningful use program, the implementation of MACRA legislation, and how states and the federal government can address stability of health insurance marketplaces.

The final significant item on the punch list is the health and long term stability of the Health Insurance Marketplaces. Stepping back, the Marketplace is still in the early stages. Consumers are still getting educated and health plans are experimenting with the right product and network designs. Even as the market meets today’s needs and signs millions of new consumers up in record numbers, we also pay attention to adjustments that are needed as the Marketplace matures. And today I want to talk about steps we are taking to move from a startup stage to a more mature stage.

We have an experienced team of leaders and actuaries from the private sector and many who come directly from our Medicare Advantage and Part D operations where we have set up and operate very successful large marketplaces already. We study the data and meet regularly with all market participants and take a strategic view to determine what adjustments are warranted. Our focus is simple – Marketplaces must be attractive to health plans to reach and build relationships with desirable consumers; the offerings need to be attractive to consumers so they come and shop; and we need a predictable set of underwriting and other rules that compensate fairly for risk and keep the risk pool stable and balanced.

On the first point, we are seeing the characteristics of an attractive customer base for health plans to serve: A growing market; a younger population; and with high levels of engagement and responsiveness to new offerings. This Open Enrollment period, we’ve seen a significant influx of new consumers making it clear there is still a large untapped market to serve.

And the tax penalty is bringing more young and healthy consumers into the market. We are using a large portion of our marketing resources to make sure that consumers are aware of the increasing fee for people that go without insurance.

41% of all new consumers this Open Enrollment are under 35, compared to 38% a year ago. And if past patterns continue to hold, the percentage of young people will climb throughout the rest of Open Enrollment.

There are also high levels of consumer engagement– as over 60% of Marketplace consumers have made active decisions about their health insurance choices.

And even at this early stage we are beginning to see health care look and feel like many other retail markets where consumer preferences are creating meaningful consumer improvements. 90% of consumers have an average of three insurance companies to choose from translating into 50 plan options. Consumers can now pick a plan based upon the insurance their doctor accepts or the drug they are looking for. And the vast majority are getting direct services like primary care and generic drugs outside their deductible.

The presence of federal subsidies has exploded the universe of consumers in the individual market. A truly retail market with these type of organic innovations should bring in even more consumers, including higher income individuals who will be attracted to better experiences and better services.

Finally, moving into the third year and beyond, we are focused on continually maintaining and improving a set of marketplace rules that create a healthy, stable and balanced risk pool. These changes will lead directly to a stable rate environment and more affordability for consumers. I want to lay out some of the specific steps we are taking over the next 45 days.

First, we think it is critical to enforce the integrity of the Open Enrollment period. In the first two years of the Marketplace, a number of Special Enrollment Periods or SEPs were created as consumers were learning how to enroll in coverage for the first time. SEPs play an important role for consumers but we are making changes so that as the Marketplace matures, SEPs serve the purpose they are intended.

Last month, we announced the elimination of the tax season special enrollment period; and this week, we will be announcing that we will be eliminating certain other select SEPs and making the language on others clearer to prevent bad actors from signing people up for insurance inappropriately. We have established an enforcement unit and have already terminated coverage for individuals who were improperly enrolled by certain brokers.

But lifting up, most importantly, consumers need to know that Open Enrollment– the next 20 days– is the time to get covered for potential illness and avoid the tax penalty.

Next, we are committed to making sure that risk adjustment works as it is intended to allow coverage of individuals with pre-existing conditions. This year we will be taking a number of steps. First, in response to health plan feedback, we will be providing early estimates of health plan specific risk adjustment calculations. Along with the newly launched backend automation, this will give plans more timely information in order to facilitate informed rate setting.

Second, on March 25, we are hosting a public conference to bring together all market participants to review the risk adjustment methodology so we can build in changes based on the first several years of experience. We have the tools to make certain the proper incentives exist to insure sicker populations.

And outside of risk adjustment, in the next 45 days you will see other announcements and more specificity intended to address the risk pool.

Overall, we’re taking steps to move from a start-up period to a more normalized set of operating rules. The start-up stage of anything has unique challenges. The Administration and Congress recognized the challenges that were placed on health plans with building a stable marketplace over the first few years and passed a one-year moratorium on the Health Insurance Tax to assist with that transition.

Just as the reinsurance program, which has paid out $7.9 billion, at a 25% higher level than expected, has been a stabilizing force to date; the one-year tax holiday, of $13.9 billion will help stabilize premiums next year.

The actions we are focused on, while targeting health plans, are aimed at directly benefitting consumers as they enhance predictability and affordability. That is a critical goal as we move to the next stage of Marketplace evolution.