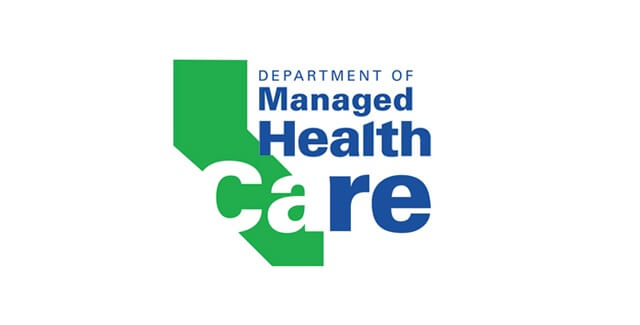 California’s Department of Managed HealthCare (DMHC) held a meeting today to gather public testimony on the Centene Corporation acquisition of HealthNet. Comment from the eight organizations testifying revealed four positions of opposition or concern, three of support, and one request for more transparency from the health plans during this process.

The DMHC issued a notice of postponement on Sept. 8 on the material modification filing submitted by Centene and HealthNet. Under the Knox Keane Act, the Director has the authority to call a public meeting if the complexity of such a filing warrants additional inquiry. Facts and opinions brought forth will factor into the Department’s decision as well as any conditions on an approval.

Tam Ma, Policy Counsel for Health Access, a consumer advocacy coalition, expressed strong opposition on the grounds of the “spotty track record” for service by both plans with no clear evidence of how this merger would improve quality or access. She also pointed to Centene’s history of pulling out of state Medicaid contracts.

“Our main concern for this and other mergers is whether consumers and the health system as a whole will be better off. These mergers raise questions not just about choice and competition, but whether insurers with spotty track records should be allowed to have even greater market share. Insurers should not be allowed to get bigger unless they commit to getting better,” said Ma. “Mergers may be a good thing for insurers but we have seen no evidence that it results in lower prices or better quality for consumers.”

Ma cited the five deficiencies found by DMHC’s most recent health plan compliance medical survey (HealthNet is on record as having corrected four of the items) as well as the insurer’s receipt of three, six-figure fines in the last year for violations of patient rights and not providing medically necessary services. She wonders how the merger will make this better.

Elizabeth Landsberg, Director of Legislative Advocacy at Western Center on Law and Poverty, commented that the DMHC should require detailed quality and performance data from Centene.

Impacts to Medi-Cal and individual marketplace

Health Access urged DMHC to include conditions spelling out Centene commitment to Medi-Cal, citing the havoc the company wreaked in 2012 when it pulled out of Kentucky’s managed Medicaid contract.
“Centene’s actions in Kentucky give us great pause in California,” said Ma.

Public concerns extended to the commercial marketplace as well.

“Currently, HealthNet is a significant player in our commercial insurance marketplace. Centene, on the other hand, focuses on government contracting in California, and does not operate in our commercial market at all,” said Dana Mendelson, Staff Attorney at Consumers Union, “It stands to question whether Centene plans to maintain HealthNet’s commercial presence.”

Francisco Silva, General Counsel for the California Medical Association, brought up the potential impact to providers and narrow networks.

“Our concern is limited consumer choice of providers in the form of narrow networks including specialty care. While limited or narrow networks are not being used to control health care costs, when a health plan has significant market power to utilize a restricted medical network it becomes an issue, compounded by the growth of Medi-Cal managed care where choices are already limited,” said Silva.

Support for the merger

Three groups testified in support of the Centene-HealthNet partnership with evidence of Centene’s strong record in the Medicare Advantage program and community work through the California Health and Wellness Foundation.

“While Centene has a new name that many are not familiar with in California, we have been fortunate to have California Health and Wellness working with this community for several years,” said Cassandra Jennings, President & CEO of the Greater Sacramento Urban League. “In just a short time California Health and Wellness has made an impact in our community in Sacramento and the larger region.”

Jennings pointed to the subsidiary as an example of how Centene focuses on holistic care–including educational opportunities and housing–demonstrating an understanding that “healthcare is local.”

“Bigger is not always better, but I have no doubt that healthcare is better in our communities since Centene entered our market,” said Flores.

Steve Sell, President and CEO of HealthNet of California and Rone Baldwin, Executive Vice President of Centene also provided testimony and responded to the public.

“Individually, each companies’ philosophy hinges on partnerships with providers and government agencies,” said Sell. “This philosophy will continue and expand as we strengthen our participation in the exchange as well as the national Medicaid and Medicare markets. Centene will be able to expand HealthNet’s value-based contracting model, to reach additional underserved communities.”

“The Centene and healthNet combination will bring together complimentary products without limiting any competitive market because no overlap exists between HealthNet and Centene’s respective businesses. The merger will create a concentration of attention on performance, but there will be no concentration in the market. None,” said Stell.

DMHC will be accepting written public comments until 5 pm on Dec. 14. Send all comments to publiccomments@dmhc.ca.gov.