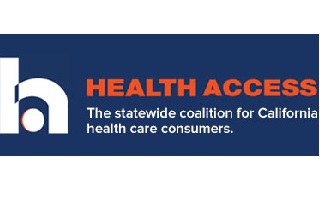 Nonprofit Blue Shield is expected to make decision about its yearly charitable contribution to its Foundation at meeting this month.

Consumer advocates urge Blue Shield’s President to increase its annual contribution to its Foundation by $14 million after growth through the approved merger with Care1st–as expected by regulators and the public.

Consumer advocates also seeking stronger conditions for insurer mergers now pending–including the Centene-HealthNet Merger on which the California Department of Managed Health Care is Holding a Public Meeting on Monday.

SACRAMENTO, CA – In a letter sent today, a dozen statewide consumer and community organizations advocates, including Health Access California, Consumers Union, CALPIRG, California Pan-Ethnic Health Network, Children Now, Congress of California Seniors, SEIU, and Western Center on Law and Poverty– today urged the President and CEO of Blue Shield of California, one of the state’s largest nonprofit insurers, to contribute $140 million over the next 10 years to its charitable foundation, and not renege on the conditions of its merger with Care1st as understood by state regulators. The nonprofit insurer is expected to make a decision about its yearly charitable contribution to its foundation at a meeting this month.

Nonprofit insurer Blue Shield, with a $4 billion reserve, is now publicly stating that it is only treating the $14 million/year requirement as a “floor,” despite typically averaging a $35 million/year contribution to the Blue Shield Foundation.

“When Blue Shield decides its annual contribution to its foundation, we want to indicate that Californians expect Blue Shield to honor its charitable commitment, that as it becomes larger, would increase its contributions to its foundation to support the state safety net. After its approved merger with Care1st, we are puzzled why Blue Shield would think that it would be OK to get bigger but make its commitments smaller,” said Anthony Wright, executive director of Health Access California, the statewide health care consumer advocacy coalition. “Californians will be watching to see if Blue Shield abides by the letter and spirit of its commitments, from its charitable contributions to the quality of care it provides. Blue Shield advertises itself as a nonprofit with a public service mission and should act accordingly.”

When state regulators approved the Blue Shield-Care1st merger in October, Blue Shield was expected to increase its contributions to its Foundation. Blue Shield disputes this, suggesting that the now-larger insurer may actually do less.

In a letter sent to Paul Markovich, Blue Shield of California’s President and CEO, today, consumer advocates pressed the insurer to continue its commitment to funding its charitable foundation,

“We understand that you dispute the widespread and understandable expectation that the conditions imposed under the merger with Care1st requires Blue Shield to increase its Foundation contributions by an additional $140 million over the next 10 years. But even under the most benign interpretation of intentions, we are perplexed why Blue Shield’s only commitment to the Foundation was to set a baseline of giving that is less than 50 percent of your historical norm….Despite all your suggestions that such charitable investments would increase substantially, the actual commitment you claim to have made is much smaller, even as Blue Shield is getting significantly bigger.”

Health Access California and other consumer advocacy organizations sought strong conditions on the merger to address its potential negative impacts. The Department of Managed Health Care imposed some of those conditions, including a commitment of $200 million for specific projects and goals to help reassure that this merger was in the public interest—including $140 million over 10 years to the Blue Shield of California Foundation to improve the state’s safety-net.

The Blue Shield-Care1st merger is the first of three insurers requesting approvals for mergers. Health Access California and other consumer and community groups expect to fully engage state regulators, including the DMHC, in the months ahead on the Centene-Health Net and Anthem Blue Cross-Cigna megamergers. The DMHC is holding a public meeting on the Centene-Health Net merger on Monday, December 7th in Sacramento.

“As the Department of Managed Health Care reviews other mergers currently pending, California should insist that these deals benefit not just the insurers, but health care consumers and the system as a whole. Consumer and community groups will be active in seeking stronger and more airtight conditions for the even-bigger mergers coming up for approval in the next few months,” said Wright.