SACRAMENTO — The Senate Health committee will consider legislation that would streamline access to experimental treatments for terminally ill patients. AB 159, also known as the “Right to Try Act”, would allow manufacturers to provide, and physicians to prescribe, a drug, biological product, or device not yet approved by the Food and Drug Administration (FDA) when the patient has a serious or immediate life-threatening condition. Insurance carriers would have the option to cover such treatments, but are not required to do so. 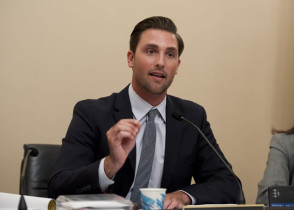 Sponsored by Assemblymember Ian Calderon (D-City of Industry), the bill intends to remove barriers to access experimental drugs. The FDA currently offers “compassion waivers” that allow physicians to use experimental treatments, but Assemblymember Calderon believes this process to be too cumbersome for physicians, creating unnecessary delays.

The bill moved easily through the State Assembly, passing on a 74 to 2 vote last month. This comes despite opposition from a number of important interests, including the California Medical Association and California Nurse Association. Opposition stems from the bill’s potential to conflict with federal law, since it would circumvent the FDA process. PhRMA submitted a letter of concern stating providing experimental treatments in these situations may have a negative impact on clinical trials.

However, these concerns do not appear to be slowing the bill down. It will be given a hearing before the Senate Health Committee on June 10th.

Similar “Right to Try” legislation is being considered in 22 other states, and 16 states have implemented similar policies.