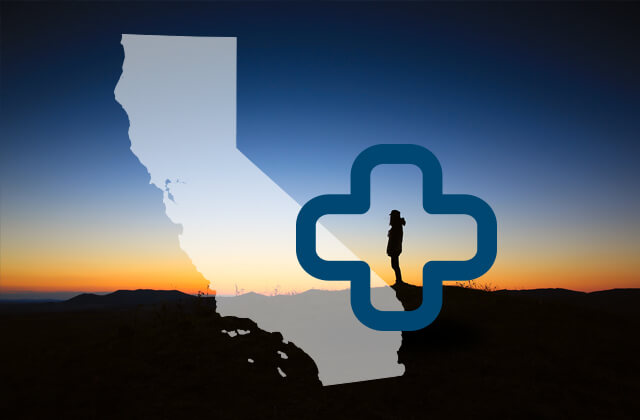 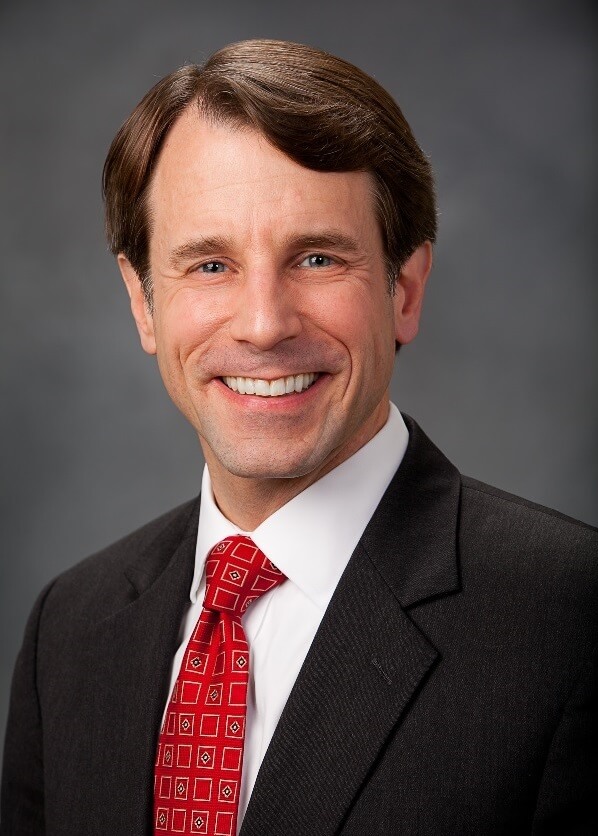 California Insurance Commissioner Dave Jones sits down with State of Reform for a candid discussion about the challenges California is facing in its health care reform. He points to the “monopoly” of health plans, attributable in part to decisions made by Covered California and unchecked rate increases as top issues.

California’s two largest insurers–Anthem BlueCross and Blue Shield of California–are currently able to choose which agency reviews their rates, a “loophole” which Commissioner Jones believes undermines the authority of both the Department of Insurance and the Department of Managed Health Care (DMHC).

Lee: Good afternoon, Commissioner Jones. Thanks for sitting down with us to talk about AB 1434 and health plans in California. Could you tell our readers a little about this bill?

Jones: Sure, AB 1434 addresses a loophole that exists in California law which allows two health insurers to pick who their regulator will be. [The bill] closes that loophole and would generate additional general fund revenues which could be used to increase reimbursements for physicians in California’s Medicaid, or MediCal, program.

That’s very important because California has one of the lowest Medicaid reimbursements of any state in the nation, in large measure because of the low relative level of federal participation in California’s Medicaid program but also because the state had to make significant cuts in its state budget as a result of the recession.

There has been a great deal of talk in increasing those reimbursement levels, but so far the resources to do so have not been identified. As a result, patient access in the MediCal program has been significantly, negatively impacted.

So, one of the most important features of AB 1434 is the generation of additional [$300 million] in revenues by virtue of closing a loophole and making those revenues available to increasing reimbursements for physicians in the MediCal program.

Lee: I’m surprised that given $300 million of potential revenue for the state general fund, AB 1434 seems to have been “tabled” by legislators. What’s happening with the bill?

Jones: There are several fee increase proposals which are being considered by the legislature, one of which involves increasing fees on managed care products in order to resolve a problem which occurred when the federal government determined that the state’s MediCal managed care fee was not in compliance with federal law.

As a result, a significant funding stream for the state’s match in the federal Medicaid program has been placed at risk. So the administration and the Governor’s budget proposed a new managed care organization fee that would address the concerns raised by the federal government and make sure that the state is generating the resources it needs for the state match portion of the MediCal program.

That’s one of a number of fee increases that are kicking around right now. So the decision was made to make sure that all of these things would be considered together. And that’s why the bill will continue to be in the Revenue and Taxation committee where ultimately all these other fee proposals will be considered as well and be considered part of the overall budget for the next fiscal year.

Lee: Has your Department communicated with the Department of Managed Health Care (DMHC) on this matter? Does DMHC have the authority to redirect plans that are not HMO or Managed Care back to you, or is there any incentive not to do so?

Jones: The issue addressed by AB 1434 is that 30 years ago and 20 years ago respectively, Blue Shield and then Blue Cross were able to get enacted language in statute which gave them the ability to decide who their regulator was. So neither DMHC nor the Department of Insurance is able to determine when Blue Shield or Blue Cross or both want to file their health insurance policies. Neither regulator is able under state law to reject that.

Lee: But even with the “closing of the loophole” should AB 1434 pass, wouldn’t insurers still be able to reject nonbinding rate recommendations? How does this represent a step forward for consumer protection?

Jones: There are a host of additional consumer protections other than rate regulation that the Department of Insurance oversees. For example, we review health policy forms for compliance to state laws and the Affordable Care Act Essential Health Benefit benchmark requirements. We make sure that health insurance policies sold in the state of California have all of the essential health benefits required under the Affordable Care Act and under state law.

That’s an issue that’s a huge problem for consumers and patients and policy holders in California, one which I’ve made a number of efforts to try to address so that Californians will enjoy the same protections that 35 other states residents enjoy—which is the authority to reject excessive health insurance and HMO hikes, but that authority does not exist in CA law either for regulators or the Exchange. As a consequence—whether this loophole is closed or not—that is a big missing piece of health care reform in California.

Lee: The media and even your own press materials often portray a contentious relationship between the Department of Insurance and Anthem. How accurate is this portrayal?

Jones: We are a very careful and deliberate regulator. We follow very closely the laws of the state of California. We act after we receive information, consider it, and then apply the law and regulation to that information.

We don’t treat Anthem any differently than any other health insurer or any other insurer for that matter. However, Anthem Blue Cross—although they’re not alone—has imposed a number of excessive, unreasonable, and unjustified rate increases on California’s families and small businesses.

Most recently we reviewed yet another Anthem Blue Cross rate increase inflicted on 170,000 Anthem customers, our actuaries conducted their usual and deliberate review, and concluded that the roughly 9 percent rate increase was unreasonable, excessive, and unsupported. We are charged with making those determinations public, so we do so.

Lee: Has Anthem been responsive?

Jones: I think we’ve had some success in the first two years of my term in getting companies to modify their rates. But in the last three years, it would be fair to say, the occasions in which companies have been willing to do so have decreased dramatically. I think that’s because they can set the rate where they want and they are desirous of maximizing profits.

Anthem, just the other day, reported quarterly profits as being 23.4 percent higher than the same quarter last year. So there’s no question that the health insurers are making significant returns and they are doing so at the expense of Californians and California businesses. But at the end of the day, I simply lack the authority to stop them.

Lee: Finally, outside of these issues, what are you watching in California health care in the upcoming year?

But even more importantly, 94 percent of the individual health insurance policies sold in our Exchange in 2014 were sold by just four health insurers or HMOs—Kaiser, Anthem Blue Cross, Blue Shield of California, and HealthNet. The first of those three represent the lion’s share of the market with HealthNet contributing a smaller share. So ten participants are in the Exchange, but four of them control, collectively, 90 percent of the market.

In Northern Counties (Region 1), Anthem holds 93% of the market. There are 23 counties in the North where Anthem is the only Covered California insurer, according to the Commissioner Jones. / source: www.coveredca.com/data-research

That has tremendously negative implications for pricing, and that’s within the Exchange, but it’s not dramatically different outside the Exchange. So both inside and outside, you have an extraordinary concentration of the market going to a handful of carriers.

As a result, they function in a classical economic sense as monopolists or oligopolists who are able to dictate prices for what is an essential good that people desperately need and are willing to pay just about anything to get.

This makes no sense. When you have four examples of health insurers that either want to expand or enter the market, they should be told “yes.” They should be welcomed because we need more not less competition.

The cost of pharmaceuticals, specifically so-called specialty drugs, which are necessary to treat, and in some cases keep people alive, who have certain chronic illnesses is another issue.

Health insurers and HMOs are increasingly taking these specialty drugs and attaching very, very high co-payment and coinsurance requirements so that patients that have health insurance or HMO product, nonetheless, have to pay out of pocket large amounts of money for drugs that they need to maintain minimum quality of life, to treat their chronic illness, or stay alive. 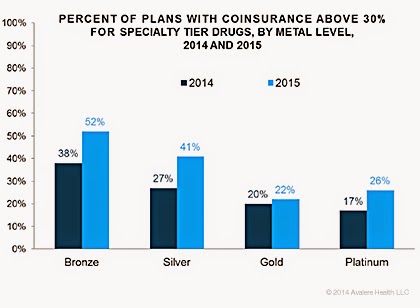 My view as Insurance Commissioner is that it is discriminatory to take these drugs and place them in the highest tier. We have urged Covered California, as it is in the process of approving its benefit design for health insurance and HMO product, to cap the monthly out-of-pocket expenditures that insurers can require of these patients associated with these specialty drugs.

Unfortunately, Covered California staff has recommended a $500 per drug per month cap which is completely unhelpful to patients. Many of these patients have two or three drugs that they have to take in combination, so the staff recommendation of Covered California could mean that someone has to pay $1500 out of pocket per month for drugs that they need to treat their illness.

We’ve urged Covered California to impose a lower cap of $200 per month which would protect patients’ access to care and put affordability back into the Affordable Care Act in regards to specialty drugs.

Covered California was initially on track to approve the higher cap, which would not provide sufficient patient protection. They are reconsidering now and will make a decision later this month. We are continuing to urge them, in a coalition with patient advocates and consumer groups, to adopt a lower cap.

Lee: Thank you Commissioner for your thoughts. We will be in your neck of the woods October for our LA conference and in Sacramento in April of next year. I hope that we can keep in touch to see how these issues unfold.

Jones: Very good. I appreciate you reaching out. Thank you.