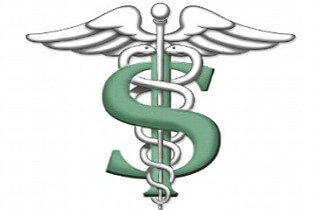 Some experts are tentatively celebrating these figures as indicators of the success of Affordable Care Act reform measures.

“This report is another piece of evidence that our efforts to reform the health care delivery system are working,” said CMS Administrator Marilyn Tavenner in a press release. “To keep this momentum going, we are continuing our efforts to shift toward paying for care in ways that reward providers who achieve better outcomes and lowers costs.”

But it might not be time to break out the champagne just yet. In the same report, experts from the Office of the Actuary (OACT), the statistical arm of the CMS, contend that the historically low growth rate might just be a residual effect of the last economic recession which ended in 2010. Uncertain recovery following those years, may have slowed spending. Employers shifting workers to health plans with higher out-of-pocket costs also had a small impact on lowering spending.

The national health care spending growth rate of 3.6% amounts to an expenditure of $2.9 trillion, or $9,255 per person, according to the OACT.

Some Affordable Care Act provisions actually drove the rate of spending upward. Early Medicaid expansion initiatives and rising prescription drug fees represented the biggest portion of spending. Both raised spending rates by 2% each from 2012 to 2013.

Despite these rises in spending, adjustments in Medicare payments and a decrease in spending on private health insurance premiums helped offset the growth, netting a record low.

Spending also slowed for hospitals and physicians and clinical services.

In fact, the last five consecutive years paint a positive picture with a pattern of low growth, ranging from 3.6 to 4.1 percent, according to the OACT report.

“The key question is whether health spending growth will accelerate once economic conditions improve significantly,” said the Office of the Actuary report. “Historical evidence suggests that it will.”