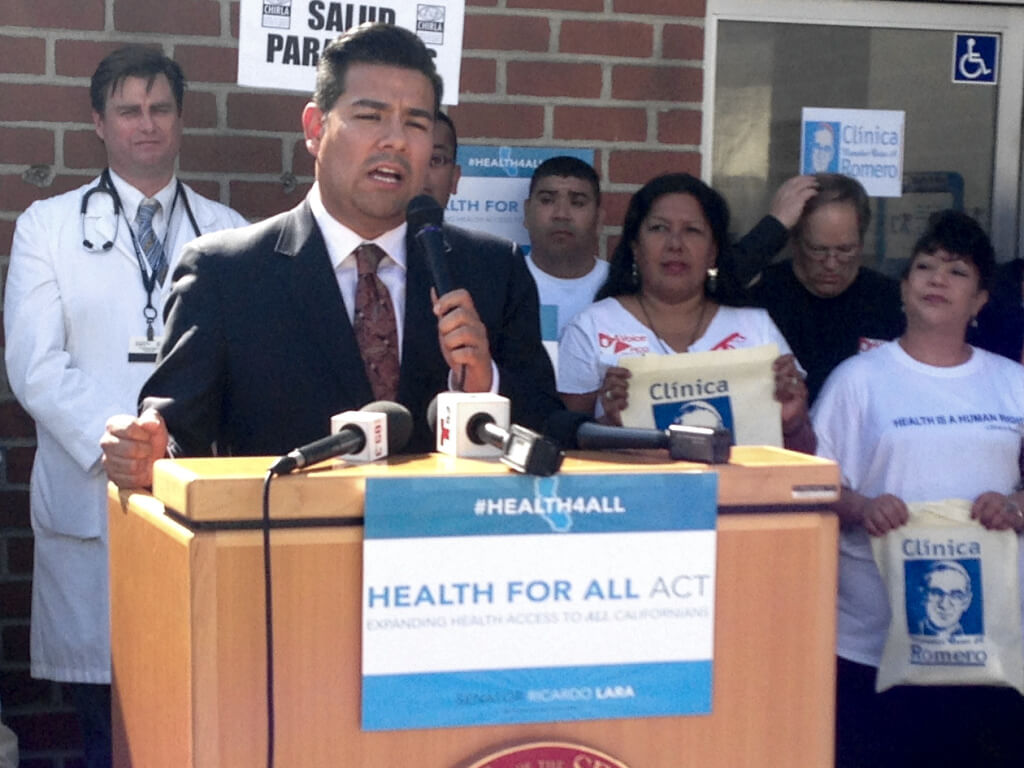 California State Sen. Ricardo Lara (D-Bell Gardens) will reintroduce Senate Bill 4, the Health4All Act, to the 2015 Legislative session following the bill’s demise last legislative session due to high cost concerns. Democrats who support the Bill, which would extend Medi-Cal to illegal immigrants, believe that it has a fighting chance this round following President Obama’s executive order for deportation relief.

Pres. Obama’s action had big implications for California health care, particularly upon Medi-Cal, the state’s Medicaid system. California is home to 2.5 million unauthorized immigrants. 1.5 million of these individuals are uninsured and cannot qualify for coverage under the Affordable Care Act.

However, the executive order on Nov. 20 granted two-year work visas which mean social mobility, insurance purchasing power, and new opportunities for a portion of the immigrant population that could also benefit from state Medicaid expansion.

“With some of the population potentially having more economic mobility and others potentially moving into Medi-Cal, now we have the opportunity to really move forward and make sure that we cover the remainder of the population,” said Ronald Coleman Government Affairs Manager at the California Immigrant Policy Center who helped Sen. Lara draft the bill in a statement to 89.3 KPCC.

The opposition remains doubtful that the ability to work legally will make a big change, and worry that immigrants are still getting a free ride.

“There are millions of Californians who don’t have health insurance or have to pay for their health care insurance out of their own pockets. So it seems unfair to have legislation that provides for people who came to the United States unlawfully to be rewarded with a health care plan,” Joe Guzzardi, a spokesman for Californians for Population Stabilization, a nonprofit lobbying group, told ABC News.

Yet Sen. Lara suggests that immigrants are valuable contributors to state revenue, and the more than 1 million California immigrants who now qualify for temporary work status are enough to tilt those scales.

“California has a proud history of integrating immigrants into our communities…And California benefits from those commitments, to the tune of $2.7 billion in annual tax revenues from immigrants in California,” according to a statement released by Sen. Lara’s office.