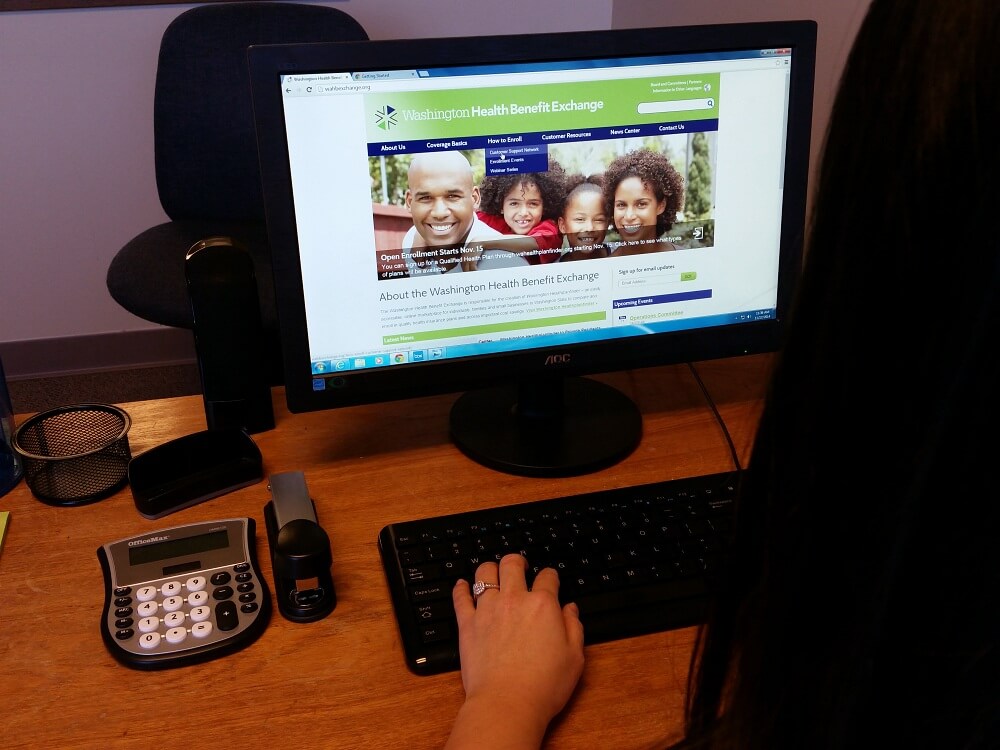 How the Pacific NW fared in Open Enrollment 2

Washington, Alaska, and Oregon had varying levels of success and hardship at the start of Open Enrollment 2.

A Tale of Three Sisters
All eyes were on Washington State when its state health exchange shut down due to a computer glitch just two hours after Open Enrollment 2 began on Nov. 15; meanwhile, Oregon began its relatively quiet transition to the federal exchange system, and Alaska discovered a subsidy miscalculation in the window shopping tool and temporarily suspended enrollments in the federal marketplace. 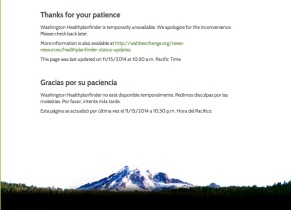 Things looked cautiously optimistic for the Washington Health Benefit Exchange in the weeks leading up to open enrollment, despite numerous and repetitive problems that still affected WaHealthPlanFinder.org.

That optimism may have been misplaced. On Saturday, just hours after opening, the Exchange shut the website down because of an error in the system that incorrectly calculated 2015 tax credits. Approximately 800 customers had their eligibility determined incorrectly and will be contacted by the Exchange directly to provide them with accurate data.

But thousands more were affected by the shutdown. Beyond a few, lucky enrollees, customers weren’t able to log back into the website until Sunday.

Shortly after opening, the Exchange’s new automated Quality Assurance System discovered the flaw and the team chose to shut down the website. The Exchange has not yet released figures for the opening weekend.

Washington was the only state nationwide to shut down its website.

CoverOregon Sails into the Federal Marketplace

The CoverOregon website focused its efforts on redirecting Oregonians shopping for health insurance to the federal exchange, HealthCare.gov. Although the state exchange website remained live through Open Enrollment 2, it served primarily as a funnel.

Oregonians could click “Yes” to be redirected or “No” to stay on the website for in-person help. The CoverOregon website had been scaled down earlier this month to an assistive function for a specific population of Medicaid beneficiaries who require local assistance, according to Judy Mohr Peterson, Oregon Medicaid Director at Nov. 7 consumer tips meeting. 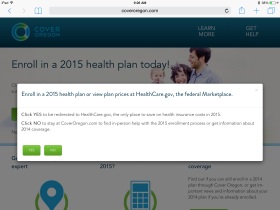 At this same meeting, Aaron Patnode, Executive Director of CoverOregon cautioned Oregonians to “level their expectations” prior to OE2 as there might still be technical glitches such as page lags in the transition.

The nation held its breath, but the federal exchange fared well with few reported problems as approximately 500,000 Americans signed onto the website to learn about their health care options and tax subsidies. HealthCare.gov successfully signed more than 100,000 Americans on Saturday.

The federal marketplace handles enrollment for 37 states. The department of Health and Human Services anticipates 9 to 10 million Americans to enroll for health insurance through the marketplace in 2015.

“The vast majority of people coming to the site were able to get on and do what they were intending to do,” said Sylvia Burwell, Health and Human Services Secretary to NBC’s Meet the Press on Nov. 16.

Alaska published a call to action, encouraging all Alaskans to renew or enroll for 2015 health insurance in person or over the phone. An Enroll Alaska press release on Nov. 14 announced that HealthCare.gov was not calculating the correct subsidy for Alaskans.

“We have decided to temporarily suspend enrolling individuals in the Federally Facilitated Marketplace (FFM) until we can confirm that the subsidies calculated are accurate,” said the Enroll Alaska statement.

Based on testing, Joshua Weinstein, President of Northrim Benefits Group, found that subsidies calculated with the “window shopping” tool for 2015 were lower than they should be for Alaskans.

“Our agents will continue to speak and meet with individuals and families to help them understand their health insurance options and we will complete their enrollments as soon as we have confirmation that the site is working as it should,” said Weinstein in the statement.

Enroll Alaska reports that it is working with Health and Human Services (HHS) and the Centers for Medicare and Medicaid Services (CMS) to ensure subsidy calculations are accurate.