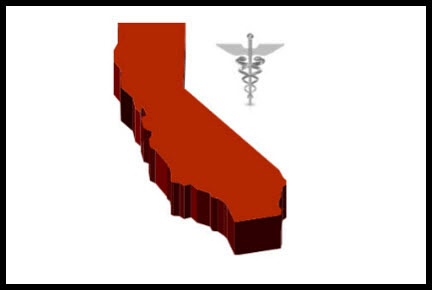 Health care issues heat up in California with midterm results

California Proposition 45 would have given the California Insurance Commissioner power to review all changes to health insurance rates and the ability to veto premium rates deemed excessive. It would have also prohibited health insurers from denying policy eligibility based on lack of prior coverage or credit history.

“Prop. 45 was an ill-conceived measure that would have been a step backwards against the progress made by the Affordable Care Act and our state’s health exchange, by giving politician power over health care decisions that should have involved doctors and their patients,” said Dr. John Maa of the SF Medical Society in a statement.

California Proposition 46 would have required random drug and alcohol testing of doctors which would have been the first measure of its kind in the U.S.

The proposition would have also raised the state’s cap on malpractice suits to over $1 million from the current cap of $250,000.

In the California Insurance Commissioner’s race, Democratic incumbent Dave Jones won another term against his opponent, Republican state Sen. Ted Gaines with 55 percent of the vote.

Jones expressed his disappointment at the defeat of Prop. 45.

“Unlike in 35 other states, we will not be able to protect Californians from excessive health insurance rate hikes,” said Jones.

GOP Congressman Doug LaMalfa won over Democrat Heidi Hall. La Malfa has been vocal about his stance against the Affordable Care Act. Before taking office, he signed the “Repeal-It!” Pledge.

“I hereby pledge to the people of my district/state upon my election to the U.S. House of Representatives/U.S. Senate, to sponsor and support legislation to repeal any federal health care takeover passed in 2010, and replace it with real reforms that lower health care costs without growing government,” LaMalfa said in a statement.

The winner of the Governor’s seat, Democrat Jerry Brown, has a very different view on health care. Brown has vocally supported the ACA and announced plans to support expansion of Medi-Cal, California’s Medicaid program while he is in office.