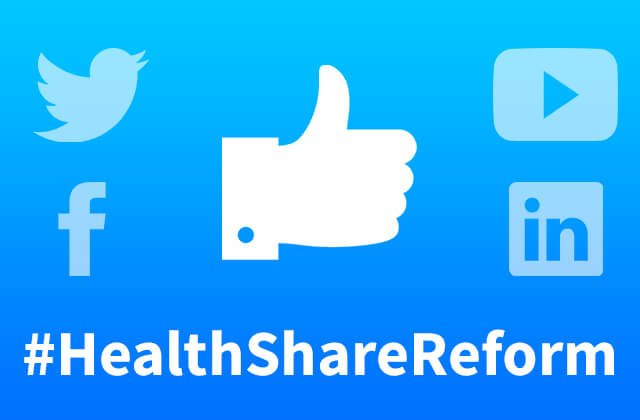 #HealthShareReform is a new series of Monday posts featuring the best social media content during the past week for healthcare leadership.

@wired posted this doctor’s mission to save nearly ~$210bn spent on unnecessary treatments each year. @R_Madhok pointed out the need for Population Impact Measures in the solution.

Kaiser Family Foundation partnered with The Journal of the American Medical Association to deliver this keen infographic on the 2014 Ebola Outbreak, from infection vectors to the roles each government agency plays. There’s a lot of misinformation that this solves in one fell-swoop.

EHRs have the potential to document and track health in new ways. However, they’re often cited by clinicians as reducing patient face-to-face time. The Commonwealth Fund entered the fray with this piece. @medeconomics also posted a break-down on the ONC’s 10-year interoperability roadmap:

A UCLA study found emergency room visits diminish greatly, despite the initial bump many pundits feared would congest health systems, via the @latimes: