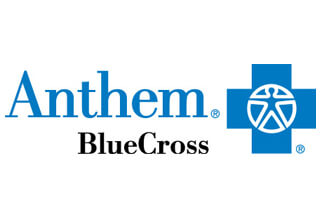 If you’re interested in how referenced-based pricing could play out in our market, pay close attention to the Anthem Blue Cross appeal in its multimillion dollar case against Children’s Hospital of Central California. As a result of this case, California hospital bills are required to reflect the “reasonable value” of services rather than the high prices reflected in published chargemasters that almost no health plans pay.  A case like this hasn’t happened in the Northwest—yet.

Two years ago, Children’s Hospital of Central California sued Blue Cross for $10.8 million in full-billed charges for post-stabilization services provided to Medi-Cal beneficiaries enrolled in a Blue Cross managed-care plan during a ten-month contract hiatus between the two parties. Under federal and state laws, the hospital was required to provide these services even without a contract, and accordingly, it billed the charges in full. Health plans and government programs generally negotiate with hospitals to pay a discounted rate due to volume. Although there was no contract at the time the services were provided, Blue Cross paid the hospital nearly $4.2 million based on the Medicaid rates paid by the state. Children’s Hospital demanded the difference, which a jury awarded.

Last week, the Fifth District Court of Appeals held that the trial court erred when it did not allow Blue Cross to present evidence of the range of fees that the hospital accepts for post-stabilization care in order to determine the reasonable value of services. The court reasoned that while the hospital’s full-billed charges were relevant to the issue of the reasonable value of the services (i.e., market value), they were not determinative because they reflect only what the provider unilaterally says its services are worth: “relevant evidence would include the full range of fees that Hospital both charges and accepts as payment for similar services. The scope of the rates accepted or paid to Hospital by other payers indicates the value of those services in the marketplace.” If the jury was able to consider such evidence, then the judgment may have been more favorable to Blue Cross. The appellate court remanded the case for a new trial to settle the damages dispute.

In response to the court decision, Darrel Ng, Director of Public Relations for Anthem Blue Cross, stated that “health care consumers are the ones who end up bearing the cost when a hospital succeeds in collecting fees according to their unsupportable charge master fees. This decision is a significant victory for those like Anthem who are working to keep health care affordable.”

However, the hospital’s attorney, Glenn Solomon, argues that the ruling allows health plans to receive contract rates without an actual agreement. “If a health plan can get the benefit of contracted rates without actually engaging in a contract themselves, there’s less incentive for them to enter into a contract in the first place,” he said. “That’s not just bad for hospitals. It’s bad for all of California.”