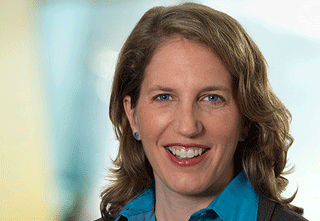 Sylvia Mathews Burwell was confirmed as the Department of Health and Human Services Secretary on Thursday.

In the unusually bipartisan vote of 78-17, Burwell received widespread praise. Sentor Tom Coburn (R-OK) said, “She’s competent. So often we have people placed in Washington who aren’t competent for the task at hand.”

President Obama said, “I applaud the strong, bipartisan majority of Senators who today confirmed Sylvia Mathews Burwell as America’s next Secretary of Health and Human Services.” He went on to praise Burwell as “a proven manager who knows how to deliver results” and her ability to build bipartisan approval.

Burwell will lead the Department of Health and Human Services in implementing the Affordable Care Act and overseeing Medicare/Medicaid which serves over 100 million Americans. The Affordable Care Act’s implementation has seen delays, exchange website glitches, and beyond. More prescient will be fixing over 2 million discrepancies in health records that the Federal Exchange saw.

Burwell brings ample experience from private-sector health policy as former head of both the Bill and Melinda Gates Foundation’s Global Development Program and president of the Walmart Foundation. Prior to her new appointment, she had most recently served as director of the White House Office of Management and Budget since April 2013.

The appointment comes not just as relief to those utilizing the Federal Exchange but also successes like Washington’s Health Benefits Exchange: