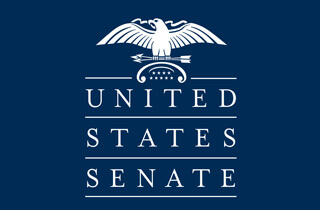 The US Senate approved an expanded VA bill Wednesday. In an overwhelming 93-3 vote, the bill authorizes $35 billion over the next three years and adds 26 new facilities. It also includes a veterans private-care option to access local providers outside the VA’s network, if criteria are met.

Despite the rare showing of bipartisan support, it remains to see how the House and Senate will resolve their different approaches. Based on previous attempts by Sen. Bernie Sanders (I-VT) to expand VA health care access, tuition assistance, and job training, the original attempt was opposed by Senate Republicans and blocked from a vote. However, after the VA “wait-list” scandal that left over 35 veterans dead in Phoenix and forced Secretary Shinseki to resign, this new bill, passed the upper chamber quickly.

Josh Hicks of The Washington Post dove into the differences between the House and Senate bills. The House Bill by Veteran Affairs Committee Chair Jeff Miller (R-Fla), would cut all VA bonuses from 2014-2016. The Senate bill expands facilities and weighs in at nearly double the estimate House-bill costs. Hicks notes that the Senate measure is also more comprehensive, guaranteeing care access for military sexual assault victims.

Questions of cost were cited by the three Senators who opposed the bill. Sen. Ron Johnson (R-WI) said the Congressional Budget Office “came back and said just the first two years would cost $35 billion, and every year after that $50 billion.” However, with overlap between WWII, Korean War, and Vietnam veteran care, others argue that lack of funds to expand service were part of the reason wait-lists existed:

Ironically, part of the problem has been caused by some of those who are the most critical of the notion of government doing things. That is, while there have been abuses that go beyond the question of adequate resources, the single biggest cause of the problem is that the VA, like virtually every other domestic federal agency, had been denied the appropriate level of funding. This is especially true given the sadly inevitable increase in patients generated by the two wars that America began earlier in this century, both of which were carried on far longer than anybody had hoped.