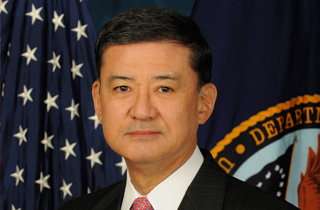 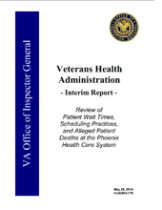 Veteran Affairs Secretary Eric Shinseki resigns today. He offered public apologies for the scandals that have rocked the VA’s healthcare system, including cover-ups on care delays that allegedly caused the deaths of veterans. “With considerable regret, I accepted. We don’t have time for distractions,” President Obama said.

Shinseki initiated a series of fixes prior to his departure. They included removing senior leadership at the Phoenix VA and eliminating performance awards cited as the impetus for cover-ups.

The Inspector General released findings on Wednesday that confirmed so-called “secret waiting lists” that resulted in veteran deaths Over 1,700 patients at the Phoenix VA alone were on these lists. Treatment delays were as long as 115 days.

To date, our work has substantiated serious conditions at the Phoenix HCS. We identified about 1,400 veterans who did not have a primary care appointment but were appropriately included on the Phoenix HCS’ EWL (Electronic Wait List). Our reviews have identified multiple types of scheduling practices that are not in compliance with VHA policy […] Since the multiple lists we found were something other than the official EWL, these additional lists may be the basis for allegations of creating ‘secret’ wait lists.

The review went on to find that of 226 veterans waiting for 115 days on average, 84% waited more than the VA’s goal of 14 days. The Phoenix facility reported that same group waited 24 days and that only 43% waited more than 14 days.

Watch as Shinseki resigns and the President’s response below: