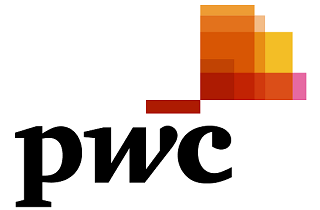 In 2014, the premiums for health plans offered on the new exchanges under the Affordable Care Act (ACA) are comparable to—and in some cases lower than—the premiums for employer-sponsored plans with similar levels of coverage, according to a new report published by PricewaterhouseCoopers.

PwC’s Health Research Institute (HRI) conducted a premium analysis that compared the employer-based market with the exchange market and concluded that the new exchanges are competitive with the current insurance market “and may open doors for employers as they contemplate future benefit strategies.”

Employer-sponsored plans typically pay about 85 percent of an employee’s healthcare costs, which puts their actuarial value between a gold plan (80 percent of costs) and a platinum plan (90 percent) as defined by the ACA. 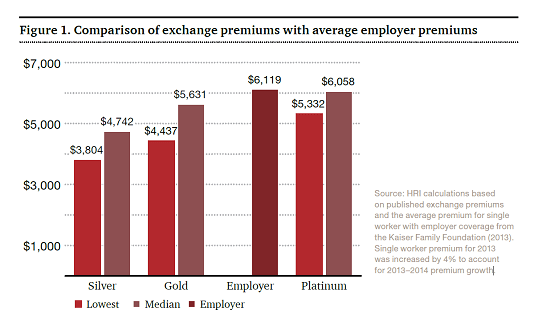 Since the start of open enrollment on Oct. 1, 2013, some 3 million people in the United States have enrolled in a qualified health plan offered on a state or federal exchange. By contrast, more than 156 million Americans currently receive health insurance through their employers.

But the report notes that “the employer-sponsored market is in flux as businesses evaluate myriad options, including private exchanges or even the ACA’s public exchanges, which may be open to large employers in 2017.”

PwC’s Ceci Connolly told Marketplace Morning Report that the new findings should alleviate concerns that the exchange plans are flimsy and expensive.

“That’s one of the misperceptions out there,” Connolly told Marketplace. “That somehow they are barebones or you are not really getting adequate medical insurance.” Connolly is managing director of PwC’s Health Research Institute and was formerly The Washington Post’s chief health policy correspondent.

The PwC report also notes that most exchange shoppers have a wider variety of plans from which to choose than workers who are offered employer-based coverage.

In Washington, which is operating one of the most successful state exchanges, more than 86,000 individuals have enrolled in a QHP as of Jan. 23. In Oregon, where paper applications are being processed manually due to ongoing problems with the Cover Oregon website, about 30,000 people have enrolled in qualified health plans.