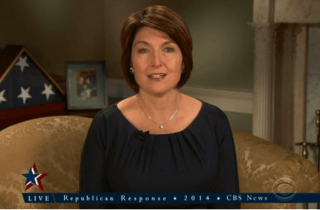 Competing Views on Health Care in State of the Union

The President’s State of the Union speech addressed the topic of health care head on last evening.

The nine paragraphs of content represented a significant portion of the speech, as well as a frame that focused on how broken the system is.

One last point on financial security.  For decades, few things exposed hard-working families to economic hardship more than a broken health care system.  And in case you haven’t heard, we’re in the process of fixing that.

He also hit the Republicans on what is, essentially, indefensible ground:  the lack of a comprehensive alternative.

Now, I don’t expect to convince my Republican friends on the merits of this law.  But I know that the American people aren’t interested in refighting old battles.  So again, if you have specific plans to cut costs, cover more people, and increase choice – tell America what you’d do differently.  Let’s see if the numbers add up.  But let’s not have another forty-something votes to repeal a law that’s already helping millions of Americans.

The Republican Response to the State of the Union is sometimes said to be “the Sports Illustrated cover jinx:” of politics.

However, if done well, it can also be a springboard.

I thought Rep. Cathy McMorris Rodgers did very well.  She stayed away from any Sen. Rubio-style awkwardness and delivered what Chuck Todd of NBC called “the best official GOP response we’ve seen in the Obama Era.”

Her comments connected with viewers and spoke in terms of “us” rather than “you.”  She used the stories of her upbringing and her children to relate and make herself an accessible figure in a way that President Obama and former Governor Mitt Romney never could.

And a nation where a girl who worked at the McDonald’s Drive-Thru to help pay for college can be with you from the United States Capitol.

Tomorrow, I’ll watch my son Cole get on the school bus; others will wait in the doctor’s office or interview for that first job.

On health care, Rodgers framed the Republican criticism in a way that had none of the caustic tone or delivery of some of her Republican colleagues previously.

No, we shouldn’t go back to the way things were, but this law is not working. Republicans believe health care choices should be yours, not the government’s.

And that whether you’re a boy with Down syndrome or a woman with breast cancer … you can find coverage and a doctor who will treat you.

A central challenge Congressional Republicans face, however, is that they don’t have an alternative other than going “back to the way things were.”   Rep. McMorris Rodgers didn’t fill that vacuum, but she didn’t need to.

Her goal was to put a face on a Republican alternative to the White House, and to appeal to a broader electorate beyond the older, white, male base of the Party.  And, in that, I think she was a resounding success.