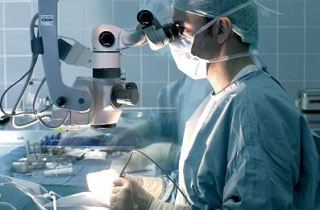 Time to Wrestle with Healthcare Financing

The author, Dr. Michael Huntington, suggests that hospital systems be managed like public utilities to deal with the spiraling use of expensive technology.

Each new advance in computerized planning and radiation treatment captured our imaginations and reinforced our feelings that we were helping our patients more as we implemented these new techniques year-by-year. In addition we knew we needed to stay competitive with cancer centers in neighboring communities.

At some point I began to realize a disturbing unintended consequence of what we were doing. Between 1996 and 2006 the cost of treating prostate cancer increased from $24,000-$66,000. Did the improvements in our care justify tripling the costs? We could not show improvement in survival or commensurate reduction in side effects with the improved technology and added cost. Furthermore, there is a growing question of whether we should even be treating most men prostate cancer. The U.S. Preventive Services Task Force in May 2012 concluded probably not.

Huntington continues by illustrating that our over-reliance on new technologies can be detrimental to overall patient health.

Our overuse of lucrative procedures and our love affair with technology that can triple costs of treatment has a direct effect on insurance premiums. With the increase in cost, we began seeing more patients coming to the cancer center with neglected and advanced cancers. The high cost of care was discouraging prudent care decisions by our patients. They would simply live with pain or other ominous symptoms until a crisis occurred. They would come to the emergency room with bleeding, bowel obstruction, or airway obstruction because of neglected cancers.

Huntington’s argues against a fee-for-service model of healthcare delivery and demonstrates that the current U.S. healthcare system does not allow for a science-based system that informs the public and uses public money prudently.

Fee-for-service incentives reward providers for doing more procedures, and so in the United States we do lots of expensive procedures, many more than patients truly need. Nationally we do five times the number of coronary stents that other countries do, and we have no better outcomes.

The full article can be found here, via The Lund Report.

Dr. Michael C., Huntington was the medical director of the radiation oncology department at Good Samaritan Hospital and then Samaritan Regional Cancer Center in Corvallis from 1984 to 2006. Since his retirement he has joined with several other physicians and other activists in Corvallis to engage colleagues and the public in discussion about the urgent need for healthcare reform and helped form the Mad As Hell Doctors who toured the U.S. in September 2009, California in 2010, and Oregon in 2011. He was President of Health Care for All Oregon and the Health Care for All Oregon Education Fund in 2012.