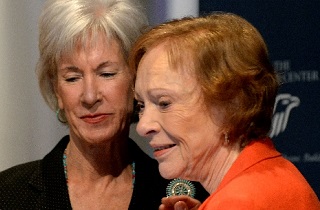 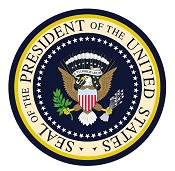 The Obama administration issued a final rule on Friday, Nov. 8, requiring insurers to treat mental health and substance-abuse problems in the same way as they do physical illnesses.

The long-awaited final ruling concludes years of efforts by mental health professionals, patients, and other advocates to broaden coverage for the estimated one in four Americans who suffer from substance abuse of mental illness. It also ends increasing criticism from lawmakers who say the delay has allowed insurers to continue to impose barriers to coverage.

HHS Secretary Kathleen Sebelius reiterated that concern in announcing the final rule at the Rosalynn Carter Institute for Caregiving in Atlanta on Friday. “For way too long, the health insurance industry has openly discriminated against people with mental health and substance abused disorders,” she said, stating that 60% of Americans with mental-health problems and 90% of those with substance-abuse issues don’t receive the care they need. “We are finally closing the gaps in coverage.”

The administration issued interim rules in 2010, meant to partially explain the complexities of the law, but still left ambiguity in a number of areas, including how insurance companies were to cover the kind of intensive treatment that falls between emergency inpatient care and a doctor’s office visit.

Friday’s rule clarified that individuals are entitled to information about the standards used by health plans to determine what kind of treatment they cover. This information could be valuable if people want to file a complaint claiming that their mental health service was not treated comparable to a medical one.

Insurance companies have largely been abiding by the 2008 law, according a federal study issued Friday in conjunction with the new rule. Health plans “have worked to implement these requirements in a manner that is affordable, safe, and effective for patients,” Karen Ignagni, president of industry group America’s Health Insurance Plans, said in a statement Friday. “We appreciate that the final rule enables patients with mental and behavioral health conditions to continue to benefit from the innovative programs and services health plans have pioneered.”

The law applies only to health plans provided by employers with over 50 employees. The Affordable Care Act has extended the parity rules to individual and small-group plans sold on the new insurance exchanges. Together, the laws are designed to extend mental health coverage to an additional 62 million Americans. The rules do not apply to individual enrolled in government health insurance programs such as Medicaid or Medicare.

Finalizing the rule had been among one of the top priorities outlined by the Obama administration shortly after the school shooting last December in Newton, Conn. According to reports, the shooter, Adam Lanza, may have had a history of mental illness. This incident in particular led the administration to issue a plan to reduce gun violence through 23 proposed executive actions. With Friday’s announcement, all have now been fully or partially implemented.