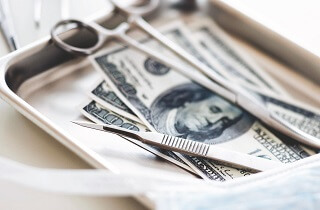 The argument for market concentration driving higher health care prices, which could be predicted by practically any economist, is being confirmed over and over. It happens across the pond, and it happens in the U.S.

A story on ModernHealthcare.com introduces the latest study, by the Center for Studying Health System Change, documenting this phenomenon. The argument: “Bargaining leverage, not the cost of providing complex care, is the main reason why some hospitals can demand prices twice as high as their competitors’ and still get contracts to treat privately insured patients, according to a new study.”

The study of actual payments to hospitals and physicians by private carriers in 13 U.S. cities found that the most expensive hospitals got rates up to 60% more than the lowest-priced competitor for inpatient care, and prices that were at least double the competition for outpatient care.

The study draws comparisons between private insurance payments to hospitals and primary care physicians to make its point. While the most expensive hospitals charged prices far higher than their lower-priced competitors, the authors of the study found that primary-care doctors don’t command the same ability to increase their prices.  The study found that some primary care doctors actually received lower rates from private insurers than they did from Medicare. The authors argued that was because they tend to work in smaller organizations that can’t afford to walk away from  the bargaining process with a private insurer.

The organizations with the most bargaining power, and consequently the highest markups, are the “must-have” hospitals — that boast good reputations, a large number of services and  desirable locations..

The findings in the study are contradictory to what expensive hospitals have long argued: that providing medical education and the best equipment available drives costs.