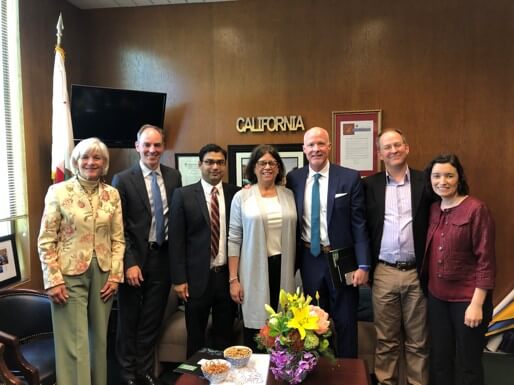 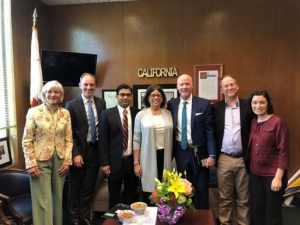 Scientists and researchers from Astellas and Astra Zeneca meeting with Assemblymember Cecilia Aguiar-Curry.

California’s great weather, majestic scenery and sandy beaches aren’t all that the state has to boast about.  The Golden State is also a major global hub for the research and development of breakthrough cures and treatments. The state’s innovative spirit, leading academic medical institutions and commitment to medical breakthroughs has drawn many biopharmaceutical companies to the state.

The medical innovation happening in California benefits people across the United States and around the global. It also plays a big part in the state’s economic health. The biopharmaceutical sector supports nearly 900,000 well-paying jobs in California, including many union jobs. The sector pumps $261 billion into the state economy and generates nearly $17 billion in state and federal tax revenue.

When biopharmaceutical scientists and researchers spent the day with lawmakers on Tuesday, May 15, it provided a respite from the relentless politicization of health care. Instead of staking out a side in a policy debate, researchers spent time of focusing on the medical discoveries happening in legislators’ back yards.

The researchers highlighted the economic impact of the biopharmaceutical industry while conveying the commitment it takes to develop a new medicine, the rarity of successfully taking a drug to market and how this new era of medicine is a true game changer.