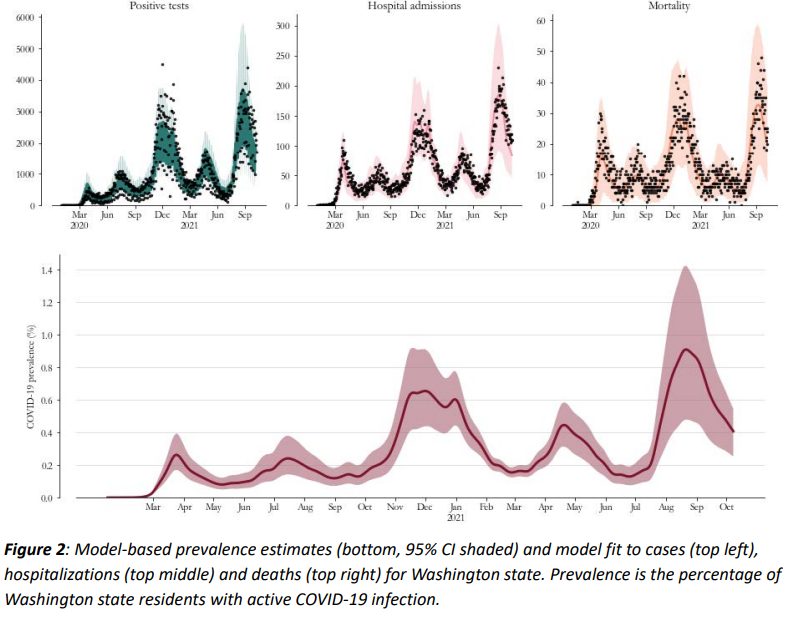 Levels of COVID transmission in Washington State have been declining since early September, but levels are still high, leading health officials to predict hospital rates will continue to be elevated moving into winter.

The state Department of Health released a transmission report this week, which tracked data on transmission, hospitalizations, and cases through Oct. 8. It shows that while COVID impacts continue to decline from the Delta-variant peak seen this summer, by many counts, the state is in a similar situation as November 2020.

The current reproductive number for COVID transmission was estimated to be .83 in early October, meaning that each infected person was in turn infecting less than one person on average. The reproductive number has been decreasing since July, and the report credited this as likely due to increases in mask use and people becoming more aware of the Delta surge. 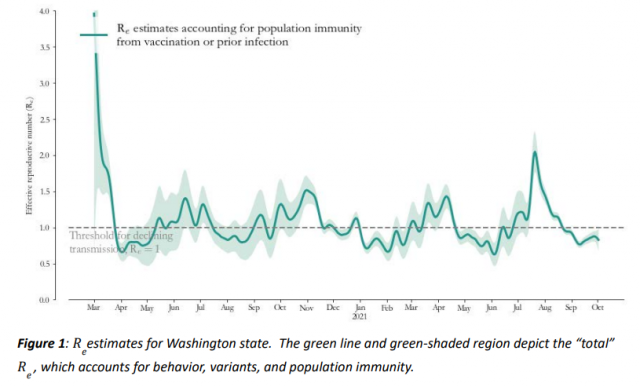 However, to reduce levels of cases and hospitalizations, the total reproductive number needs to be substantially below 1 for a sustained period of time. Achieving that will likely require both high levels of vaccinations, and a widespread effort to reduce exposure by wearing masks and avoiding crowds all together, regardless of vaccination status, the report states. The Delta variant accounts for nearly every COVID case in the state.

One in three Washingtonians still have no immunity to COVID, either from a vaccine or infection. The state estimated that the overall population immunity was between 61.5% and 65.7%, with about 20% of Washingtonians having immunity from infection, and the remaining 43% or so from vaccination.

“Overall immunity has increased more rapidly since August, reflecting both increases in immunity from prior infections due to the Delta surge, as well as increases in vaccination,” the report states.

Hospital admission and occupancy has also started to decline over the past month, but still remains at similar levels seen during peaks from last winter. Hospitals across the state are operating at full capacity and projections suggest that high levels of occupancy are likely through the fall, the report states. 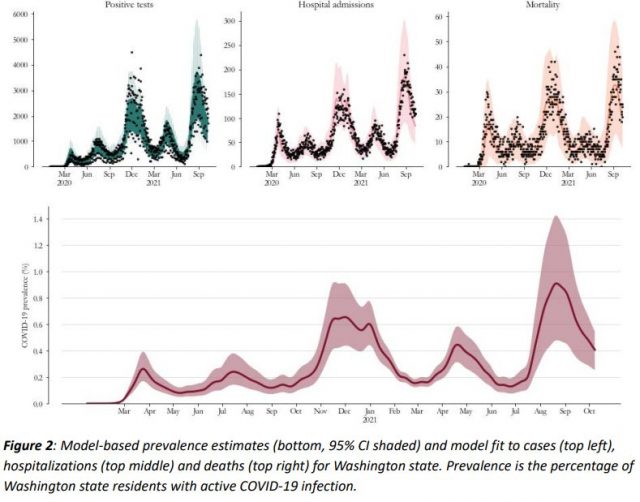 The report states that this may be related to increased testing of children and teens as schools reopened, as there weren’t corresponding increases in hospitalizations. Among adults, cases at the peak of the Delta surge were similar to those seen last winter, while case rates among children were about 1.5 times higher this wave. 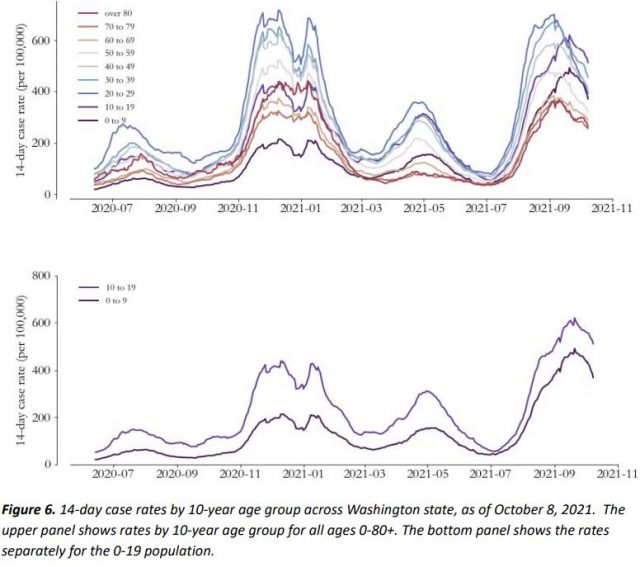 There’s a compelling case to be made for how significant a factor age is in health outcomes from COVID. As explained by David Wallace-Wells in NY Magazine, recent King County data shows that a full 25% of deaths were among vaccinated people, even though they reduce mortality 42 times. One of the primary factors driving this appeared to be age. The median age of a breakthrough case in King County was 79.