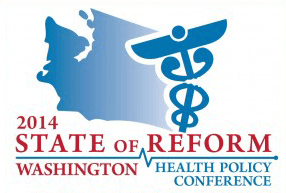 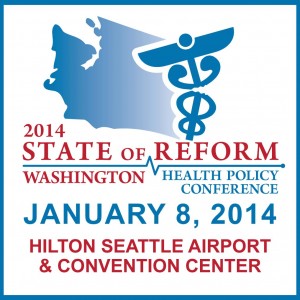 “State of Reform” is a conference focused on bridging the gap between health care policy and political reality. Too often, those with good ideas for reforming health care don’t have a solid grasp of how the legislative process works. Those who understand politics don’t always have a very deep grasp of the intricacies of the health care system.

Our inaugural event held in January, 2011, attempted to pick up where the former UW Legislative Conference left off. Professional networking, market intelligence, and policy discussions were central to our considerations about structure and content.

Our 2nd annual event held January 4, 2012 featured keynote addresses from gubernatorial candidates Rob McKenna and Jay Inslee, while our Convening Panel built an agenda focused on what they called a “reality check” – the realization that the work ahead of reform will be even harder than we thought.

Our 3rd event held January 9th, 2013 featured a keynote speaker from Oregon Jeff Heatherington, President and CEO of Family Care. We were proud to have Governor Jay Inslee for our closing session. Click here to watch the video with the Governor Inslee at State of Reform.

Building on last year’s success, we are working on our 2014 conference. If you are interested in health care in Washington State, you won’t want to miss this event.

Want to join us? If so, drop us a line and let us know you’re interested.