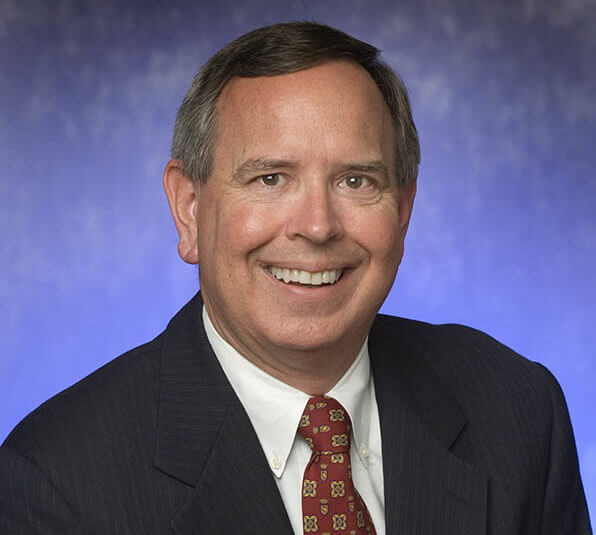 Hospitals throughout Texas are in the process of recovering from the severe winter storms that devastated the state earlier this month, leaving many health facilities without water, electricity and supplies. As President and CEO of the Dallas-Fort Worth Hospital Council, Steve Love has borne witness to the storms’ impact on the state’s health care system.

In this Q&A, Love expresses optimism about how hospitals will recover from this. Love spoke with State of Reform about El Paso’s unique experience with the storms, Gov. Greg Abbott’s response to the crisis and more.

Eli Kirshbaum: How are hospitals faring at this point? Are they starting to recover from all of the chaos or is there still a lot of work that needs to be done?

Steve Love: “When you talk about Texas, I want to break it into three different parts. One, Texas, overall, was hit pretty hard. Some of the hospitals in certain areas experienced some power problems. Some experienced water problems, and they had problems with people coming to the emergency rooms for non-emergency things like that their power went out and they couldn’t run their oxygen at home. So we tried to get them to go to warming centers or other areas where they could get help. But emergency rooms are not necessarily the place to come just to plug in your oxygen. Another example [is], with power outages, many of the renal dialysis services were down, so people were struggling to get their dialysis done and they were showing up in emergency rooms.

Now, with that said, [for] the second area, in North Texas, we’ve had problems but we’ve talked with Oncor. In 2011, north Texas was subjected to rolling blackouts and those were very problematic. So Oncor worked with us, and this time, none of that power was cut off to hospitals. So that was a good thing. But, we did have problems with water, we did have water mains break in the city, so it was a real struggle.

The third thing is that El Paso, in 2011, said, ‘We don’t want to go through this ever again,’ and they got off the Texas grid and re-did the infrastructure related to their electrical power. They also had their backup power coming from the western grid. So El Paso did not go through a lot of the problems that many of our hospitals went through last week. So, when people say ‘all of Texas,’ El Paso, to their credit, took action in 2011 to avoid this.

Right now in Texas there’s a lot of finger-pointing going on, but you can trace it all the way back to 2002, when the state deregulated power. So this goes back a long time.”

EK: That’s really interesting, that El Paso hospitals have had such a different experience with these storms.

SL: “Right, but here in north Texas, I would equate it to a fifteen-round heavyweight boxing match. Our hospitals have been subject, just like everyone else, to COVID-19. Then, we’ve been [operating] mass vaccination stations to help get shots in people’s arms. Then, we had to deal with the weather. We’re in the fifteenth round, and we’re still standing, so we’re real proud of how our hospitals responded, real proud of the leadership of our hospitals and real proud of how they’ve served their communities through all of these adverse events.”

EK: Aside from El Paso, are there certain areas that are doing better than others? From what you’ve seen, how different has recovery been for hospitals in different areas of the state?

EK: Since vaccine shipments had to be delayed last week, how is this affecting the vaccine administration process in Texas? Do you think your hospitals are catching up with their vaccine rollout or do you think these delays will significantly hinder the process?

SL: “Well, when I talk to the hospitals, what they basically tell me — well, there was a shortage of some of the supply because of the weather — but they continue to get the vaccine, and I think that our hospitals in north Texas have really done an excellent job of getting shots in arms to people as quickly as possible.

We’re hoping, now that FEMA and some others are involved, that we get many more supplies of vaccine, especially when you add Janssen to the equation. Hopefully we’re going to continue to get as many shots in arms as possible.”

EK: How can Texas fortify its infrastructure to better prepare for disasters like this, and to protect the state’s health care system? Obviously, something is going to have to change to prevent this from happening again, right?

I really think it’s kind of early to say exactly what needs to be done until all of the fact-finding and all of the debriefings come up and pinpoint what really needs to be focused on. The Governor has said that they’re going to get it done, so I think we’ll just kind of wait until they get all of the information and then see what they do going forward.”