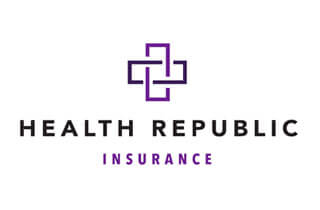 In a State of Reform interview with the CEO of Oregon’s Health CO-OP, Ralph Prows expressed frustration about Cover Oregon’s dysfunction, saying the exchange not only has a lot of damage control, but a lot of work will have to be done to recapture excitement among the young and healthy, a demographic considered crucial to the success of state exchanges.

Short for “consumer oriented and operated plans,” CO-OPs are non-profit insurance companies with health insurance plans reflecting what their members want in their health plans—including types of care and affordability. CO-OPs can sell insurance policies on the private market, but it was expected that the bulk of their enrollees would have come from participating in state insurance exchanges.

Like Prows, the CEO of Health Republic of Oregon, Oregon’s second CO-OP is frustrated. But Dawn Bonder is taking the long view. Things are not ideal now, she says. But she thinks a lot of people, particularly younger people who currently don’t have insurance, were already holding out to see how things with Cover Oregon shook out. In the coming months, she’s optimistic that they will enroll, and enrollment will rebound.

Q: Generally speaking, what is your reaction to the fact that Cover Oregon isn’t able to enroll anyone online?

A: It’s frustrating for everyone. It’s disappointing. But, it is what it is, and control what you can control. Our website is up and running. We’ve been enrolling people since October 1. We’re seeing good enrollment numbers coming in. We’ve lost some potential market from the recent decisions around non-compliant ACA plans…but we’re remaining hopeful to see enrollments go up as [Cover Oregon becomes operational]. I would love to see Cover Oregon be successful. It will be a great vehicle for my company and great for Oregonians should it come together and work as intended.

Q: How have your enrollment projects changed?

A: We’re in the process of recasting them with CMS [the Centers for Medicare and Medicaid Services] and our actuary right now, given the revised market size. I can’t tell you what our projections for this new market would be right now. I don’t believe we’re going to see the numbers that anybody had anticipated at the end of 2013.

Q: How do you think what’s going on with Cover Oregon right now will affect the young and healthy population’s willingness to purchase health insurance?

A: I think the industry is concerned. This is a tough group of folks to reach out to and to engage. Not having things work smoothly and the missteps are definitely frustrating for all groups, but in particular this younger group that doesn’t necessarily view the need for insurance in the same way that a more mature demographic does. But for folks who are currently uninsured, I wonder is there such a rush to get coverage by January 1. If you don’t have coverage, does it matter that you go one more month without it? [Older populations are] just dying to get coverage, but for the young and healthy, they don’t necessarily understand why they have to get right now. Does it matter if they do it in December or February? Probably not. That’s why I don’t want to be too quick to pass everything off as a complete wash and that it’s all not correctable.

Q: What do you think should be done so that population maintains interest and will apply for insurance?

A: A lot of that is going to be on Cover Oregon. The biggest thing we’re doing is communicating about Cover Oregon’s paper application process to people. When folks call us or determine online that they are subsidy-eligible, I want to make sure that they’re getting their subsidy…and getting through the system at Cover Oregon as quickly as possible. We’re constantly engaging with folks who are not subsidy eligible, to purchase directly through our website. We’re going to continue to do that. The bottom line is that if you do not qualify for a subsidy, there’s no reason to wait for Cover Oregon at this point.

Q: What lessons do you think can be learned from all this?

A: IT is very complex. A lot of it is expectation setting, transparency, and communication. Everyone has their own viewpoint on which pieces resonate the most with them. I’m sure that this will be fodder for studies and stories and articles for quite some time.