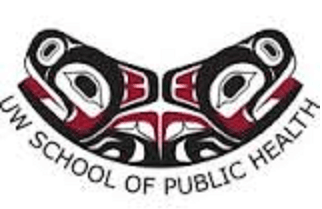 Gnashing of Teeth on Network Adequacy – Commentary by Aaron Katz 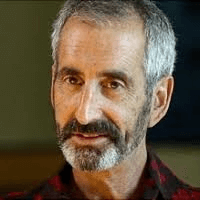 The teeth gnashing was audible even here in Brisbane, Australia, where I’m on a Trans-Pacific Fellowship to work with some colleagues at the University of Queensland School of Population Health.

And the gnashing sounds didn’t attenuate much over the 17 time zones.  I’m referring to the complaints about Washington Insurance Commissioner Mike Kreidler’s just-promulgated “network adequacy” rules.

Insurers helped instigate the worry by offering much narrower provider networks in their health insurance exchange products than we’d ever seen.   They’ve made the case that was needed to keep premiums down, one of the chief goals of and measuring sticks for the ACA.   (Premiums in the ACA’s first enrollment period were largely lower than many expected, though why is another question.)

But that meant some patients couldn’t get care from providers they had a history with, and some providers – notably Children’s Hospital – weren’t offered in plans that covered their patients.  An uncomfortable situation that led to complaints that the Insurance Commissioner wasn’t strong enough in assuring people had real access to care, not just insurance coverage.

Where were the loudest of those complaints coming from?  Health care providers!  Yes, doctors and hospitals are actually calling for more regulation – albeit health insurers, not themselves.  An op-ed in Health Care Inc. Northwest by the leaders of the state hospital and medical associations argued for stronger “minimal standards for access to care.”

For his part, Kreidler says his office has heard its own gnashing sounds, people complaining they can’t figure out which providers are in which health plan networks.  He argues that the new rules will assure more transparency, giving consumers “the tools” to navigate the new insurance market.

The pressure to keep premiums increases low – both to compete for customers and avoid unseemly public attention – makes a retreat to the era of broad networks unlikely.  So, I expect we’ll hear more complaints from providers, consumers, and insurers over the next year or so.  The OIC should publicize whether and how consumer complaints change as a result of the new rules.

But we may also see health plans and specialty providers find accommodation, perhaps through lower payment rates or new payment mechanisms.   Coordinated Care’s recent inclusion of Seattle Children’s in its network may be just the first such announcement.

The heat over Kreidler’s rules represents a familiar struggle between payers seeking ways to limit their operating costs, providers striving to maintain their revenue streams, and regulators trying to keep a few steps ahead of both.   We might have one indication of whether the balance Kreidler struck between these interests is the right one when Oregon’s new task force on this same issue comes up with its recommendations.

But it may be more than a repeat of this old story.  Perhaps this is a transition – an uncomfortable one – to a new set of relationships, a new set of expectations, a new system of sorts.  Think of the possibilities: